Following our adventure on the Milford Trek, we flew to Melbourne for a few days, staying with Bill's friends and work collegues. Quite an adventurous couple themselves, they have traveled in many parts of the world with their three young children. Melbourne is an attractive city, though with prices that rival that of New York. We managed to have dinner with Jeannette and her family, the inspiration for our trip to Tasmania so many years ago when we met in Torres del Peine. They lived in Tasmania at the time, but are now in Melbourne.

One of the older buildings downtown 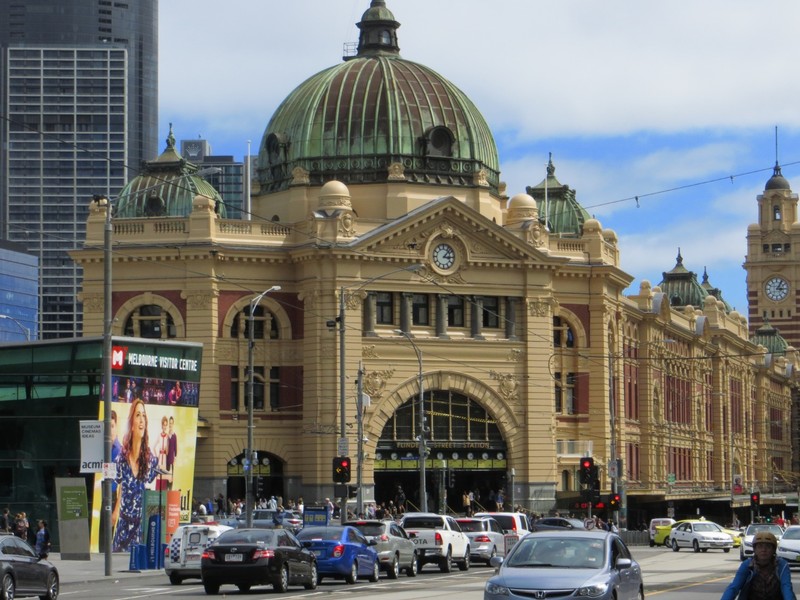 Thousands of fruit bats in a park near friends house 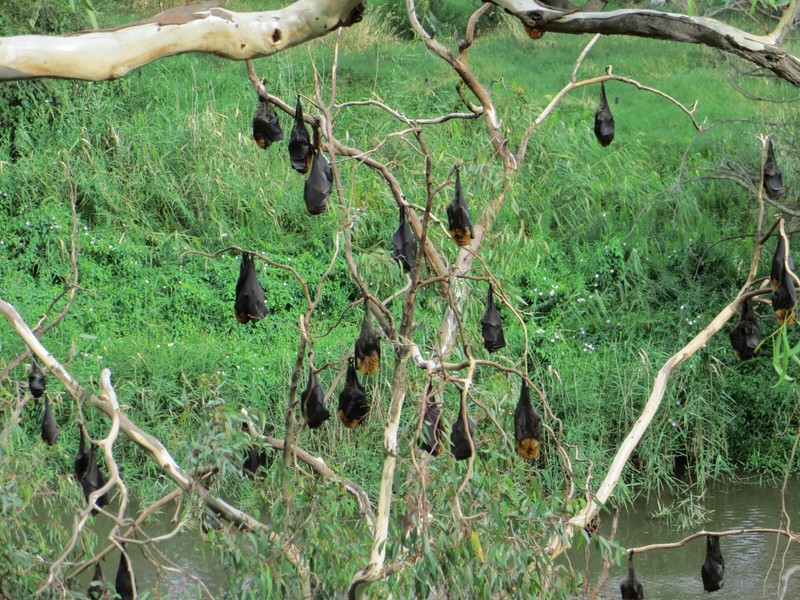 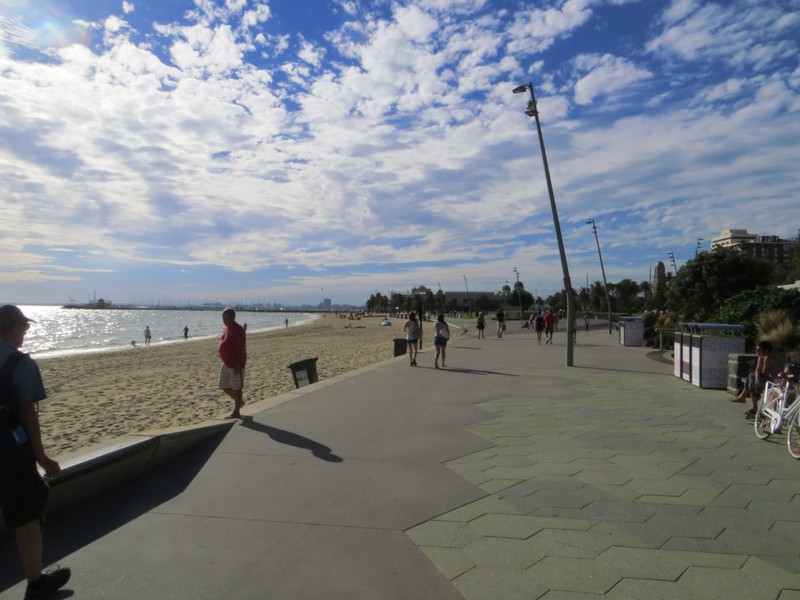 After taking in a few museums and walking the neighborhoods, we took the short flight to Hobart, Tasmania. There we rented our third camper van. Though not exactly luxurious, it was a vast improvement over Wicked. Fairly similar to our north island van, there was a decent place to cook inside and a larger bed as well. I had a small speaker that I brought with me, and when placed on top of a shelf the van felt like a concert hall. Bill and I made a habit of falling asleep to various jazz and classical tunes. Bedtime, as you might imagine, began shortly after 8 when it started to get dark. 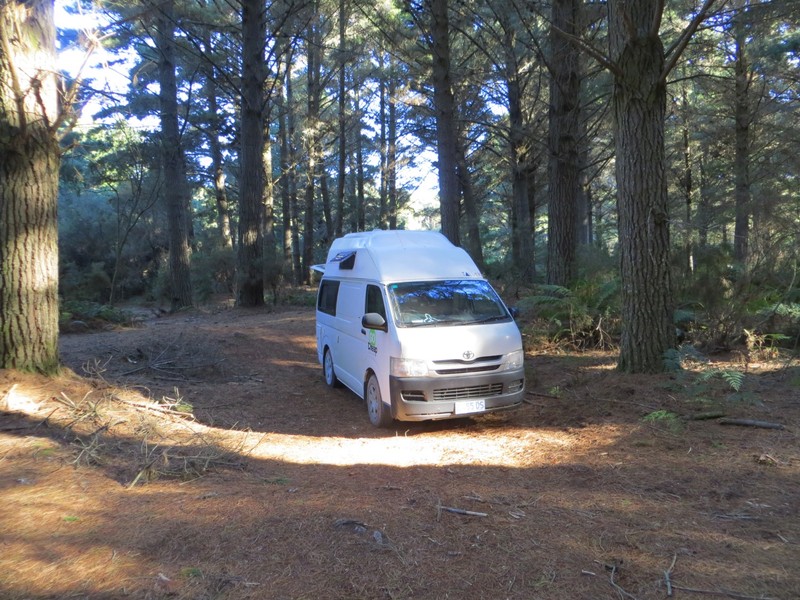 We left Hobart after stocking up with food, and took off for the east coast which was supposed to have the best weather in Tasmania. Our first stop was Freycinet National Park. A few hours of easy hiking brought us to crescent beach. Way too cold to swim, it was a nice spot to walk along the sand. 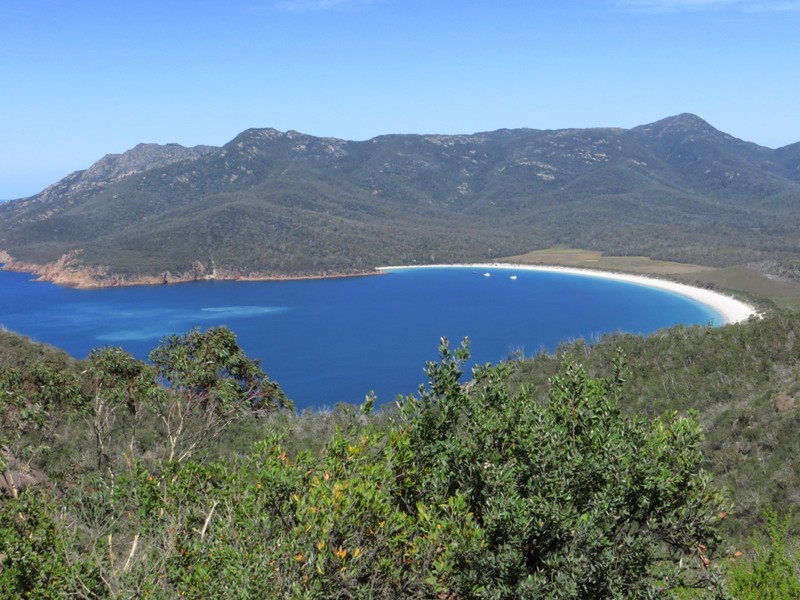 On the trail we saw some interesting animals, most likely wallabys. We didn't see any larger kangaroos nor Tasmanian devils. Devils are becoming very scarce because of a virus. 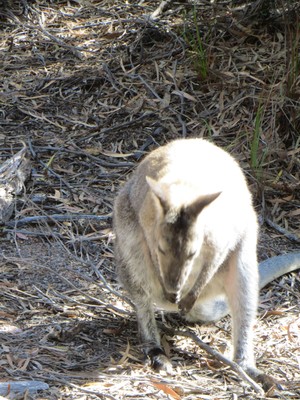 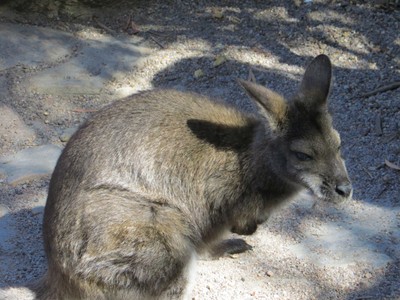 Surprisingly there were not that many people. This was our experience in general while in Tasmania. Virtually the only tourists we saw were Aussies from the mainland, in contrast to New Zealand where folks seem to come from all over, including the states. For that reason, Tassie seemed more unspoiled, and in many respects we enjoyed our time here more than New Zealand. The scenery may be a tad less dramatic, but the lack of crowds more than makes up for it. Much of the island is still relatively pristine wilderness and the population is small.

Wow...fruit bats and wallabys. You've captured the pristine wilderness beautifully in your photos.