From Freycinet we continued driving up the coast to Binalong Bay and the the Bay of Fires. Looking like the rocky coast of Maine with small beaches and coves, many of the rocks are covered with a bright orange lichen. This may be an explanation for the name, although aboriginal fires were also seen there by European ships off the coast in the 1700's.

We found an idlyllic spot to camp just in front of this beach. 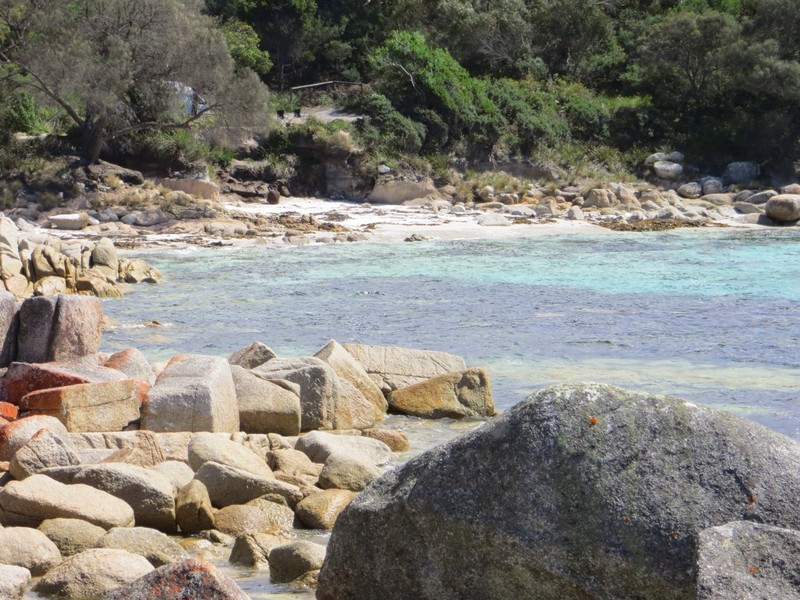 We had the place to ourselves and spent the better part of the afternoon hanging out a having a few cold ones.

Out in the water there was a very phallic looking rock. 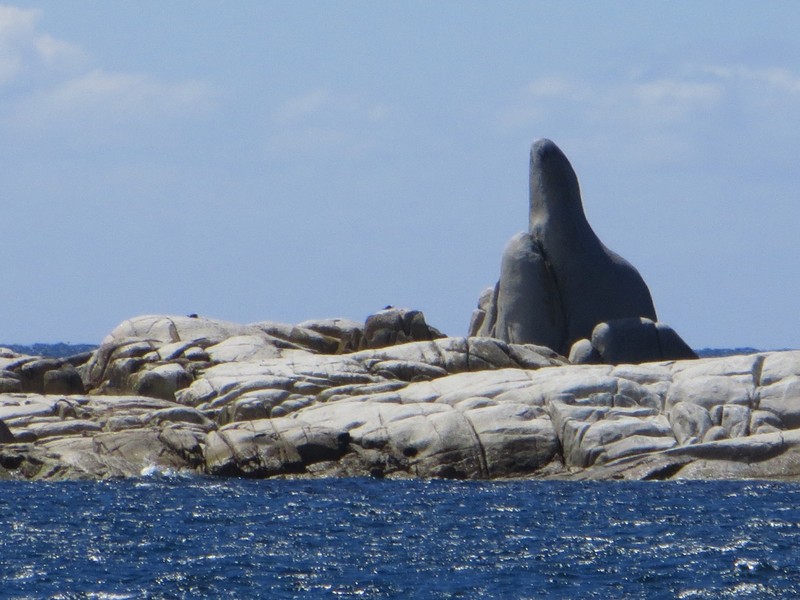 Other rocks beckoned though and we couldn't resist clamoring on top of them. 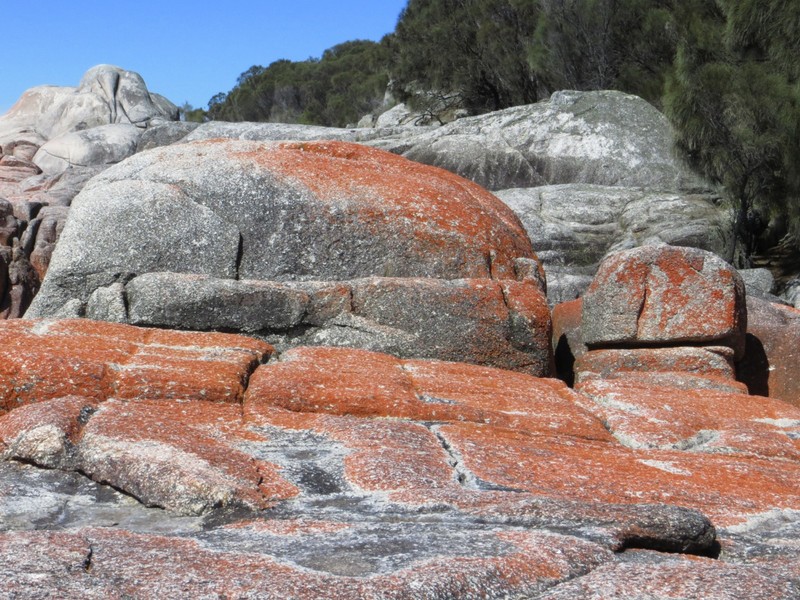 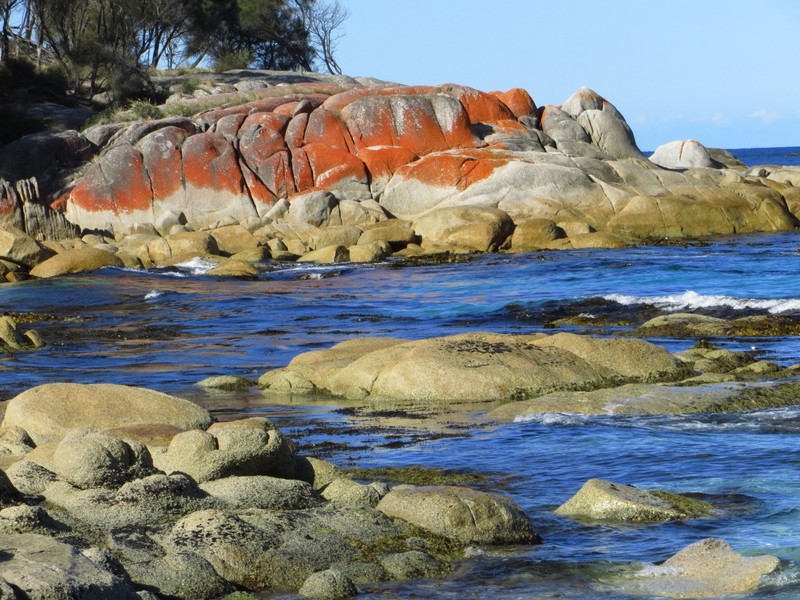 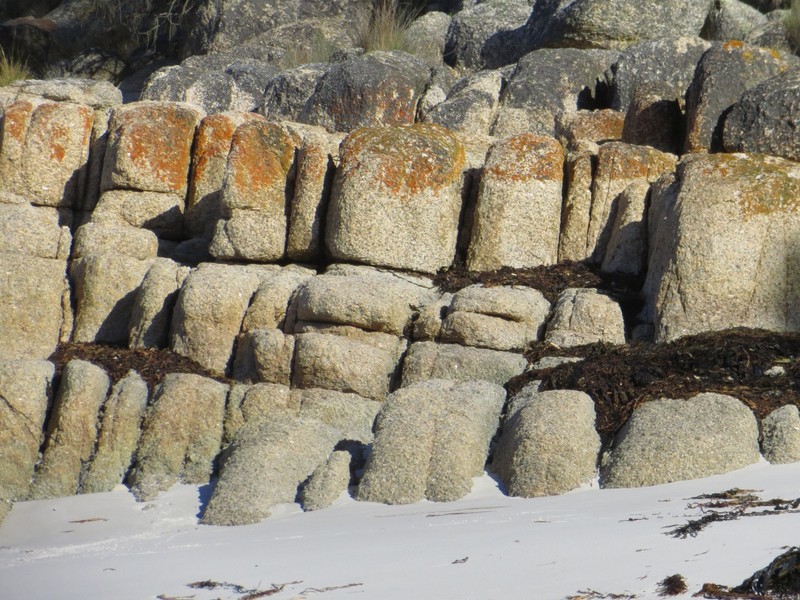 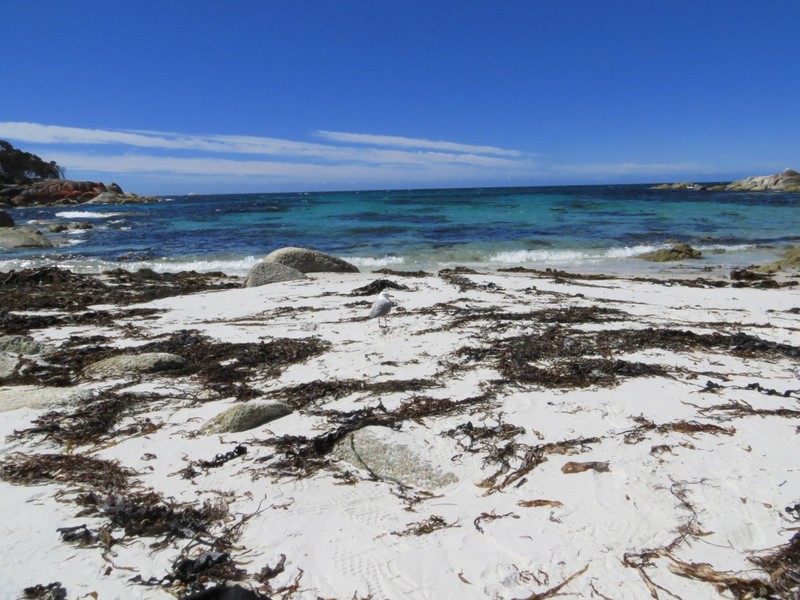 It was hard to resist not shooting the vegetation as well 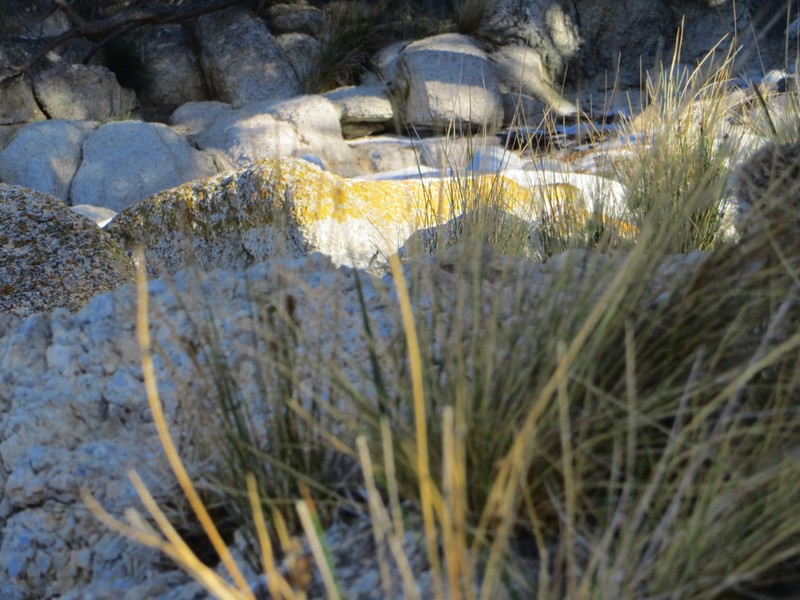 All in all, a very relaxing place.

Posted by jonshapiro 11:14 Archived in Australia

Currently in Bay of Fires!

I’d like to see you two in some shots for human interest.