London with a brief foray to Dublin

We flew from Antalya to London, dirt cheap as previously mentioned, and were picked up in the middle of the night by our good friends, Michael and EJ.
I took few pictures because the weather for most of the week was dismal, rainy and cold. It was, if anything, worse than Albany weather, which usually starts to improve by the beginning of May.


Left to Right: Michael, Jon, EJ, Nanette (In front of their house). 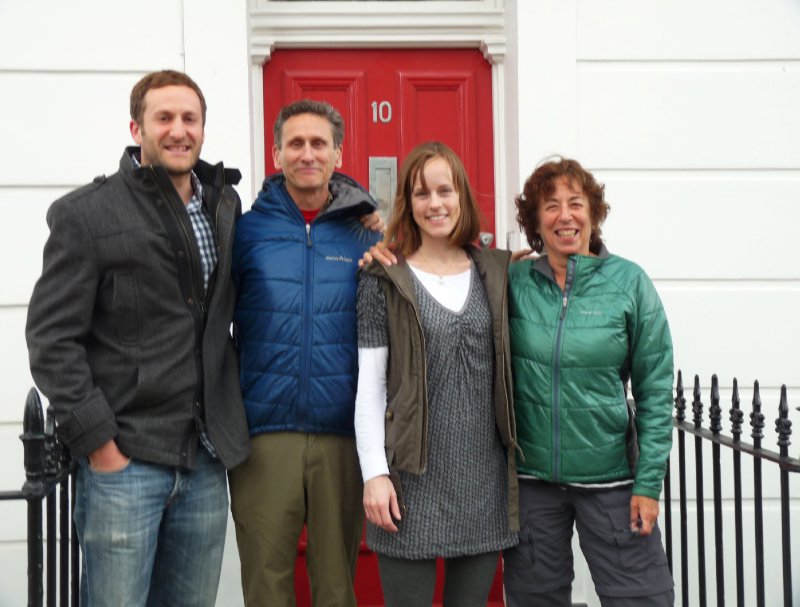 Their street in Primrose Hill 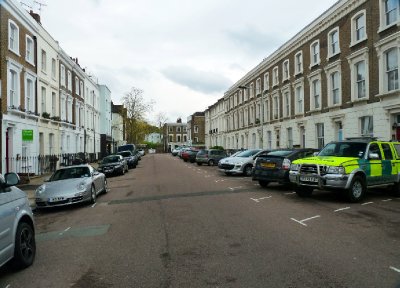 At any rate, we managed to have a great time walking around the city, going to pubs, etc. We were constantly wined and dined by our extraordinarily generous friends, and it was fun meeting Michael's divorced (but still friends) parents, who are our age. A visit to the Tate Modern, and a performance of a Cuban ballet/modern dance troop that had us leaping out of our seats, completed the visit.

From there we went off to Dublin for one night, largely to save on the airport taxes out of London. It just so happened that Katya, the young German woman we hiked with in Morocco, was in town for a new orientation with Oracle. We had dinner with her and a friend, and then home. 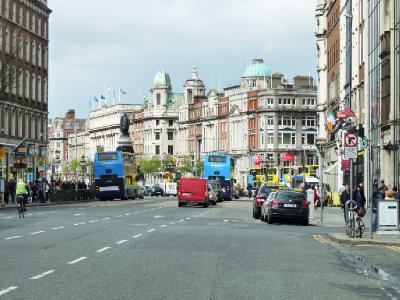 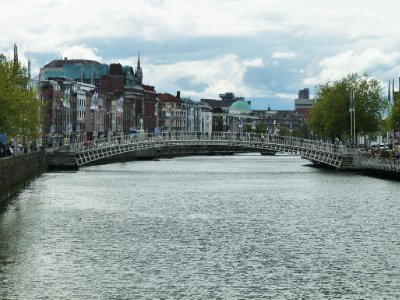 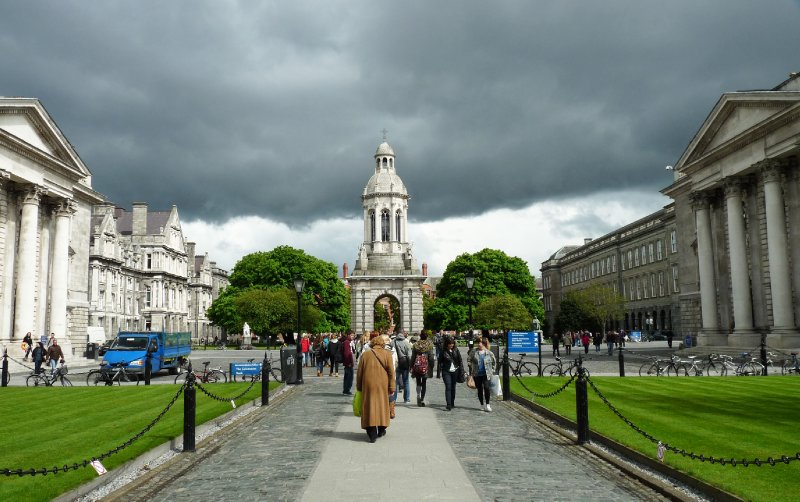 For all my loyal readers. I am posting this from chaing rai Thailand. We are embarked another trip to southeast asia. We arrive home on April 2 and I look forward to blogging about this new journey. Hope all is well and as our former monk friend., now in chaing mai, would say, may you all be happy and healthy.

In Kaleici, the old part of town, most things are kitchy and touristy. There are many Europeans here, at least in part because of the dirt cheap flights from cities on the continent and the UK; and so it is easy to come for a sunny weekend getaway. Orientalism is still alive and well, with Viagra tee shirts, see through thongs, tiny belly dancing skirts with shiny bangles, and assorted and sordid memorabilia sold on every corner. You can get anything you want in Kaleici, and and certainly much of what you don't want. Still, the old buildings and tile roofs have a certain charm. 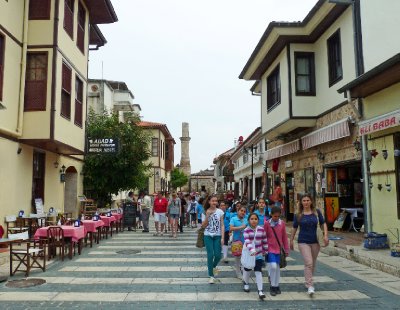 Looking out over the Roofs 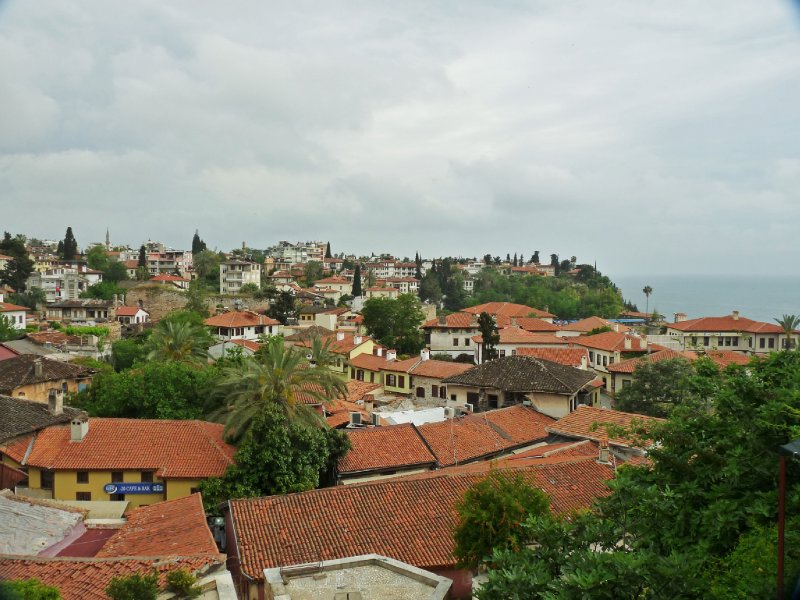 Nearby Beach with Tauros Mountains in background 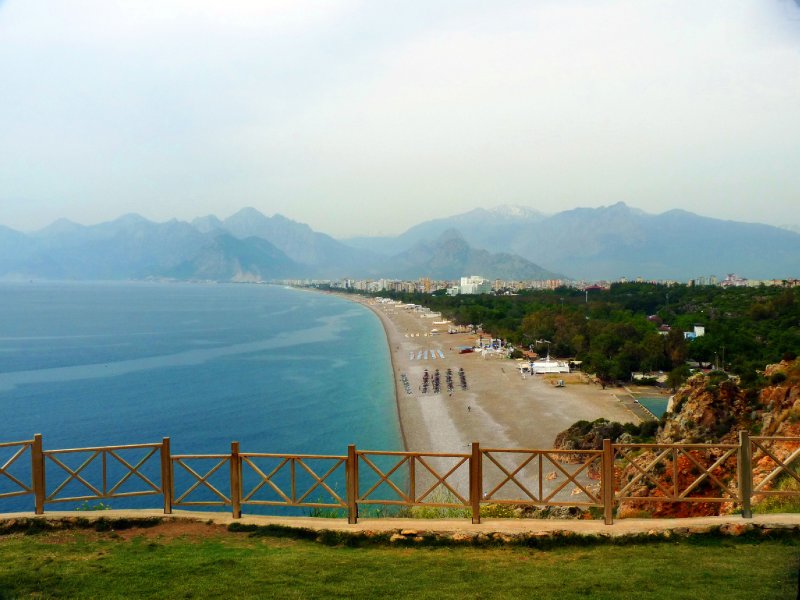 We arrived from the mountains yesterday in a sweltering day, and had little enrgy to do much of anything other than lounge around the outdoor patio drinking beer, and wish we didn't have two more days before our flight. The small pool here at White Garden Guest House was closed for reasons that I didn't understand, ie, they said it's still the rainy season.

Today is a bit cooler after last evenings thunderstorms, and we took the trolley to the muze to look at more ancient Greek and Roman artifacts. Well worth the trip. 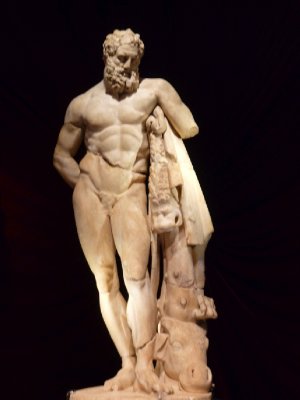 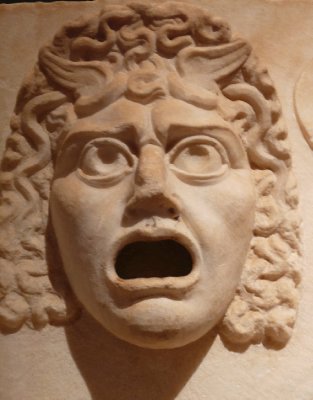 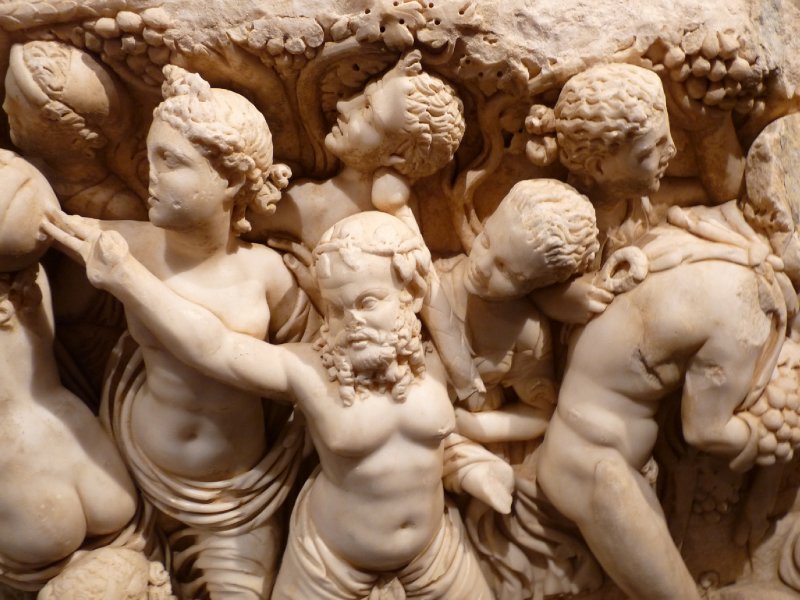 With a day before we leave for London and exactly one week before we go home, my thoughts have turned to all the things I have to do once I return, including an up and coming PSA test. It should give an indication, though very imprecise, as to whether I am headed with some rapidity into that long good night. Of course, the results might be equivocal, leaving the sword dangling at an unknown distance. And yes, the sword is always dangling at some unknown distance, but having the Big C, with one relapse, makes it more palpable. I have not spent much of the last two months contemplating this, but preparing to head back has brought it to mind.

It is always hard to sum up a trip of this length, which has at times been frustrating, highly rewarding, great fun with our friends from previous journeys, sickening (literally), strenuous, and above all, culturally and intellectually stimulating. It has opened my eyes to the varieties of Islamic practice and thought. Certainly there is room for an Islam that is not fundamentalist, just as with Christianity, Judaism, and Buddhism. I have developed again, after many years, an appreciation of the humaness of the Greek and Roman Gods, with their sexuality, jealousy, pettiness, and appreciation of music and the arts. At the same time, I agree wholeheartedly with the sentiment expressed at the Antalya Museum, that the old pagan Gods were thought up as a way to explain natural forces that were scary and beyond comprehension. It is interesting that in this Muslim country, which forbids criticism of Attaturk, the statement is not seen as the blasphemous one that it is. I guess old Gods are fair game for criticism.

We in the West, may have distilled thousands of Gods to one, but he/she still serves the same purpose, at least to this writer. Faith is faith, and reason is reason, and there is not much room for both simultaneously.

On a different note, as a Jewish man, albeit a secular one, this was my first trip to Germany. Overall I found the environment and the people, and not just my friends, very much to my liking, forcing me yet again, to acknowledge that given the right circumstances, we are all capable of great evil and great good. The current situation of suicidal hostility between Israel and its neighbors, seventy years after the holocaust, only reinforces this view.

The Great Man himself 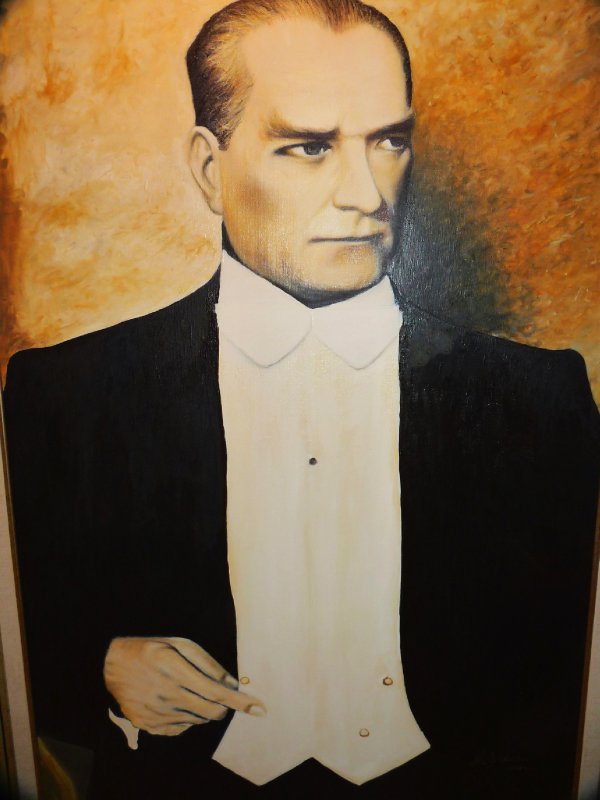