Strahan, Franklin Wild River, and back to Hobart

Continuing on our round the island journey, we stopped at Strahan on the west coast of Tasmania. Now a tourist town, it was the site of one of the strictest and remote penal colonies in all of Australia. Most things happen around the dock, including the cruise up the Gordon River. The day we had considered going was overcast and rainy, and in the end we decided not to take the expensive ride.

We were on the lookout for lobsters however, but unfortunately the lobster boat had just unloaded its catch and we were about an hour too late. We did however find a great camping spot in a forest a few miles out of town. 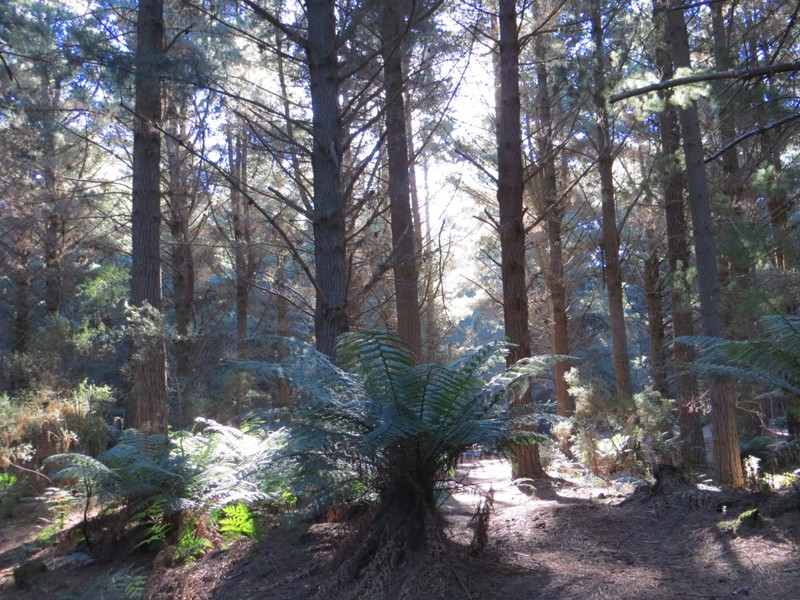 After a day of hanging, we went on to Franklin Rivers National Park, a huge and lightly visited place of wild rivers and mountains. Our camping spot was near one of the rivers and it was just a pull off the main road. Interesting mushrooms there. 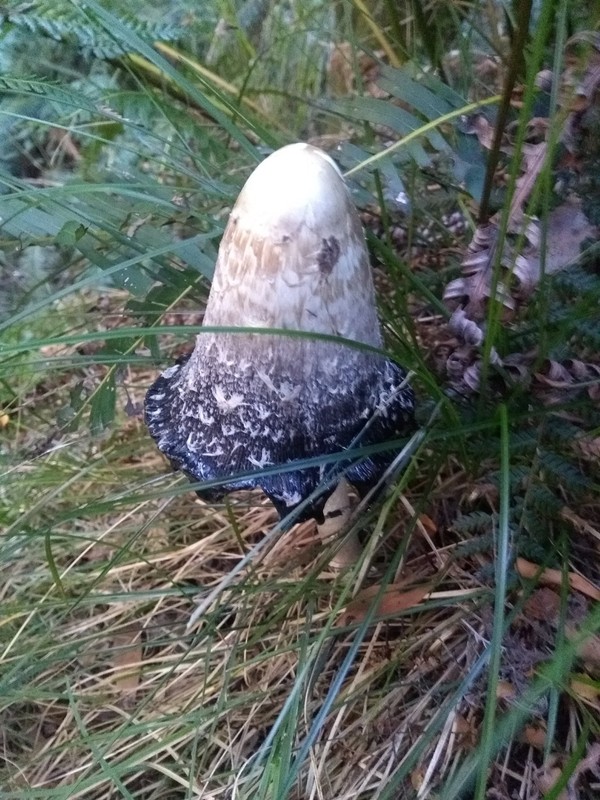 Later that day we found a place to hike. 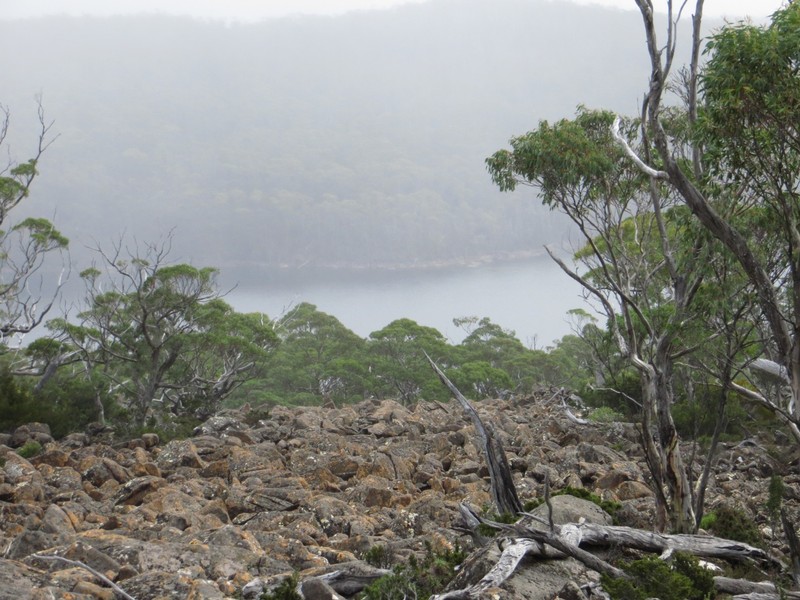 It was overcast, but still some beautiful flowers. 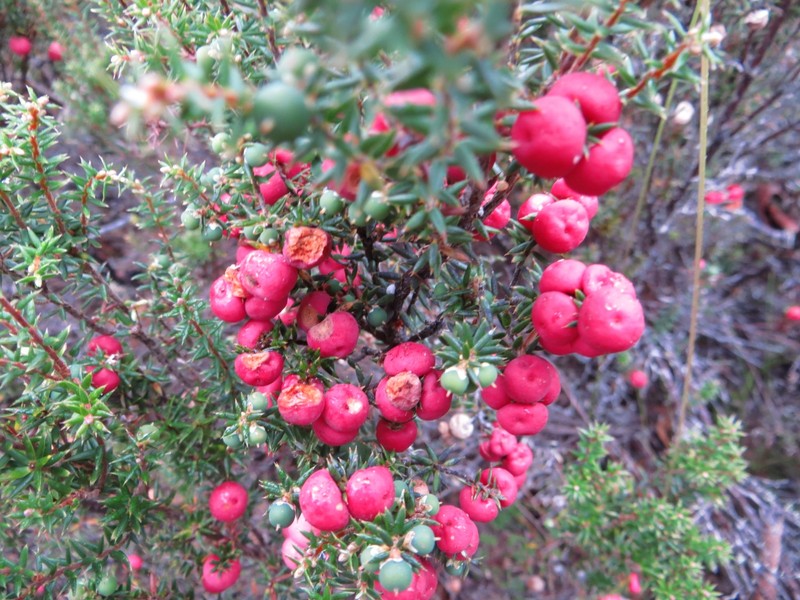 About an hour out of Hobart we camped in Mt. Field National Park. A nice spot, but more crowded than we were used to. Next morning we discovered a flat tire which took up some of our valuable time that we planned to spend in Mona, an unusual art museum in Hobart. We had about an hour and a half there, not nearly enough, before dropping our van off near the airport for the flight back to Melbourne.

One of the more unusual pieces. 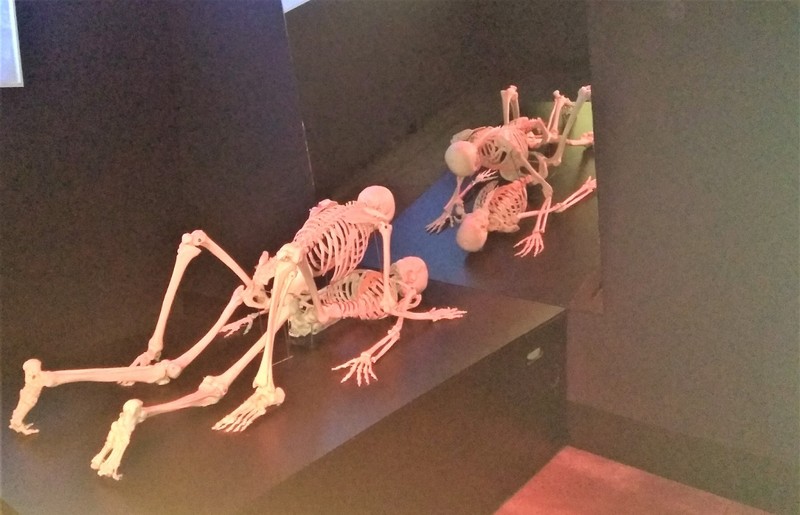 All in all, I enjoyed our two weeks in Tasmania a great deal. It was much less crowded than New Zealand despite its proximity to mainland Australia.
Very few foreign tourists seems to get there, and while the scenery is somewhat less spectacular, the lack of crowds and wildness of the place more than makes up for it.