Well, it seems my rebellious ways have followed me to China. Yesterday, we heard from Happy, the youngest and one of the best level one students who I mentioned in a previous post, that several students have complained about me. Most of the complaints seem to be coming from the more advanced group. I have attempted to get them to think about world events ,and have strayed away from using the boring and biased 7th grade American textbook that we have been given. Instead, now that we are discussing the Middle East for example, I have discussed Islamic terrorism and tried to generate discussion about how governments should handle it. I have, needless to say, been critical of the US response, but any slight implication that the Chinese response has not been ideal in all parts of the world, does not go over too well. I have avoided discussing Tibet, since I know how they all feel, but did mention that there is a Muslim independence movement in western China, something they should know about, but apparently don't. I did not say that I agreed with this movement in any way, but even mentioning it was too much. One of the students left in a huff when I called on her to ask her opinion, and she went into one of the level one classes where she complained loudly that what I was doing had nothing to do with the book.

This prompted some students in that class to complain that I didn't use the book with them either,which is usually far too difficult for them to understand. Instead I made up my own oral dialogs for practice, but again, some of them want to stick to the script, relevant or not. Later that day, we were discussing manners in different countries and how people are expected to behave under various circumstances. One of the idioms in the book was "cutting in line." After explaining what it meant, I asked whether this was an acceptable thing to do in China, and said that it happened to me all the time, and Chinese people seem to think nothing of it. It seems as though it is okay to cut in line, but not to talk about it. A few students seem to think I was putting down China, because I mentioned it. This criticism I guess, caused them to loose face, despite the fact that it had nothing directly to do with them . Nobody said anything about this to me, but apparently there was talk among the students .

It has also become obvious that no matter what your grade is in the class, if you show up some of the time, perhaps even if you don't, you'll "graduate" and be put in the more advanced class the following semester. Why, because your name is on the class list. This makes the whole testing process meaningless, but does not prevent many students from trying to cheat on the exams. Cheating in fact, seems widely practiced in many places. One of the students in my history class, a pretty girl who acts like a bimbo and who happens to work in the office, clearly cheated and was known to have cheated in the past. I gave her a zero on the test and she has been pissed ever since, but in reality it makes absolutely no difference. Does the school administration care ? Absolutely not, even though we all supposedly agreed to a no cheating policy. Keeping the students happy is what counts.

So, having been duly warned, I will go back to using the book and give up on my creative ideas. I guess it was a mistake for the powers that be to assign a history class to me. Sticking to English only would have been less controversial.

My evening class, by contrast, continues to be a breath of fresh air. We can and do discuss just about everything including Chinese Nationalism and how people in China feel about outside criticism. They don't seem to care whether we stick to the book or not. On the other hand, these are older, more mature people, who are using their own money to attend class after working all day. They are all highly motivated to learn , unlike several of the day students. The school, ironically, cares less about them because they pay less money.

On rather different note, we took a long drive with two of our students. Baidu and our buddy Marjorie, also mentioned in an earlier post. 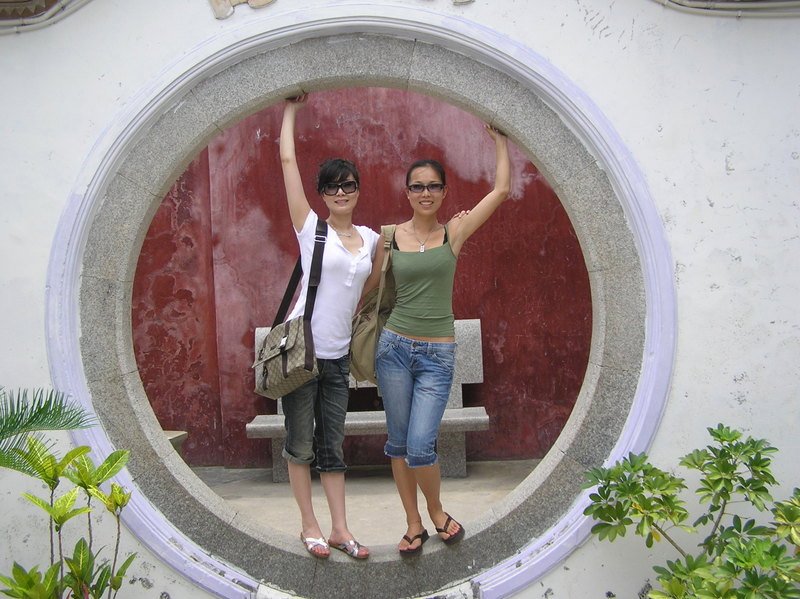 We went to a beach known as Dongshen Island. The beach itself was cleaner and nicer than the beaches around Xiamen, but hardly the deserted island I was hoping for. I guess in this part of China at least, deserted beaches are an impossibility. Just too many people. 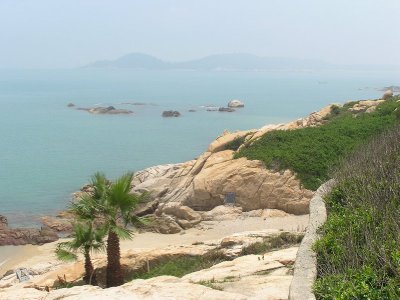 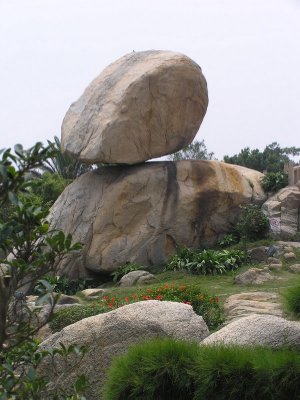 Anyway, it was a nice day, with a great seafood dinner to top it off. A number of weeks ago Baidu invited us to her apartment and seemed interested in spending more time with us. Then we heard nothing from her and assumed she didn't really mean it. This past weekend she confessed she felt embarrassed because her English wasn't good enough. We assured her this was not the case and encouraged her not to worry about making mistakes. Anyway, she decided to go with us to the island ,and ever since then has been wanting to spend as much time with us as possible. She now seems totally excited about speaking to us. Quite gratifying considering how some of the other students have responded. She has some money, and is even talking about selling her apartment in Xiamen, worth almost as much as a NYC apartment, to come to the states and visit us. Baidu is older than some of the other students, 27, or so, and had been living with her Singaporian boyfriend up until recently. She is clearly more adventurous than many of the other students and doesn't hesitate to say critical things about the government. 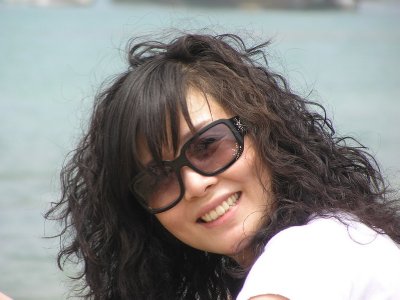 Our own Chinese language skills are coming along, S L O W LY. Chinese sounds less strange after a few months, and I know perhaps 50 to 100 words which are frequently used. That is, I can pick them out when others use them. Of course, pronunciation is still an issue with all of the tones. Nanette and I can usually communicate what we want in a restaurant, though we still get the wrong dishes occasionally. Sometimes we ask them to combine different vegetables together, but usually the answer is mei yo, or have not, probably one of the most widely used words in Mandarin. It seems that even if they have the vegetables, combining things in certain ways is simply not done. It took us quite a while to figure this out until Marjorie finally told us that it's a yin-yang thing. Certain vegetables are yin and others yang and it won't do to put the two together. Apparently if it's not on the menu, which we of course can't read, you can't get it.