On the return trip to Tathon, we happened to be accompanied by a Russian, Jewish couple who emigrated to Australia some 18 years ago. This was their first real trip abroad, after being encouraged to hit the road by their British son in law. Also on the songthaew, was another emigre to Australia, this one from China. We traded stories with him about the 60's demonstrations against the Vietnam war, both in his adopted country and in ours. He is 70 and was quite active in the antiwar movement in Australia. Sitting next to him was another Chinese man who had travelled overland for a month starting in Kunming. He spoke only Mandarin, and unfacetiously said to the Chinese/Australian gentlemen that if it wasn't for the Party, he would never have been able to travel. Perhaps he worked for the party. It was, you might say, quite a multicultural ride. After returning to our guest house by the river, we waited until the sun was descending before starting out on a walk to then near by Wat, at the top of a steep hill. There was a small road to get there, but not having wheels, we hoofed it up the many sets of stairs. On the way, we passed this statue of the Buddha. 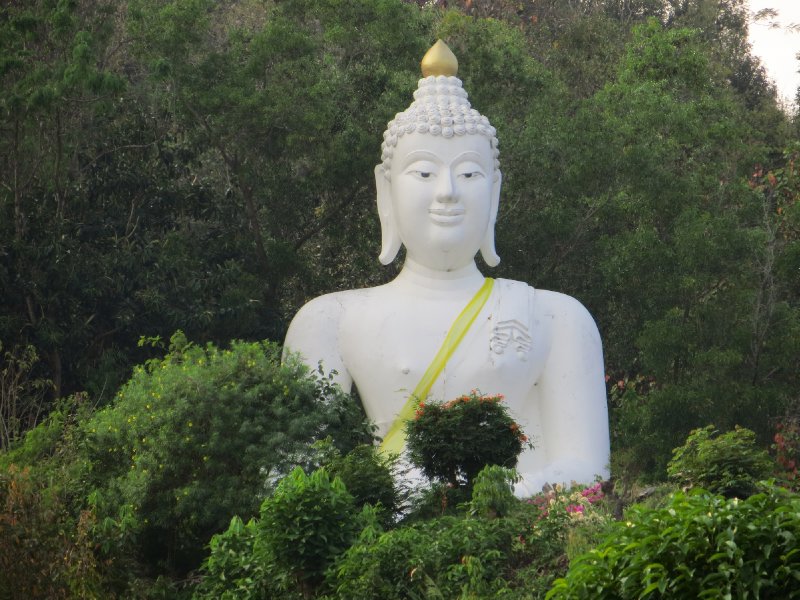 And this one at the top. 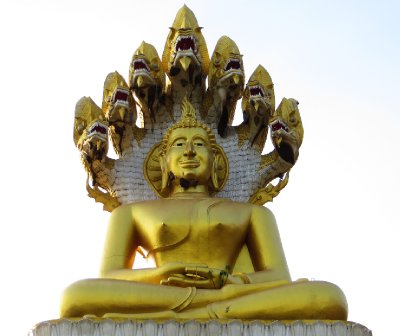 Below us, the town and the river valley were part of the panoramic view. 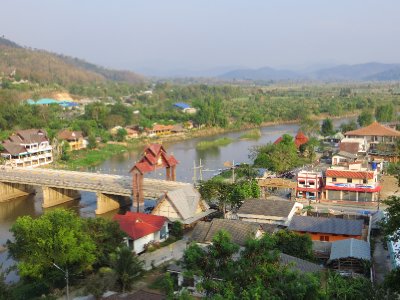 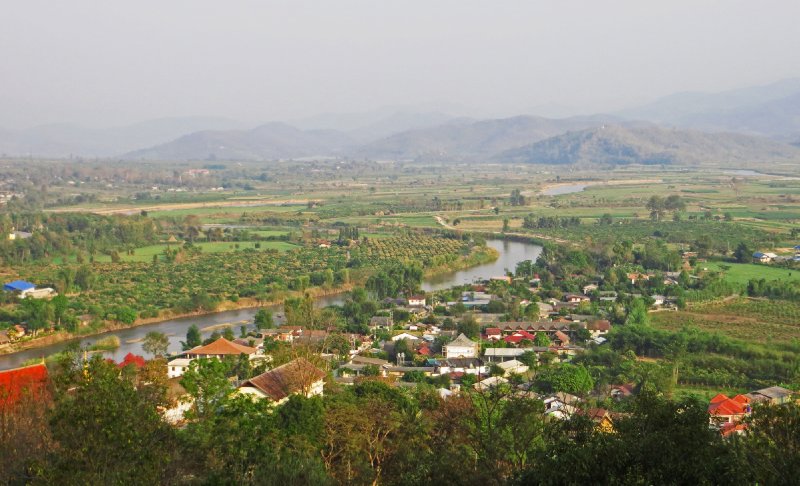 This was a handheld shot of the guest house path, as night came on quickly, as it does in the tropics. 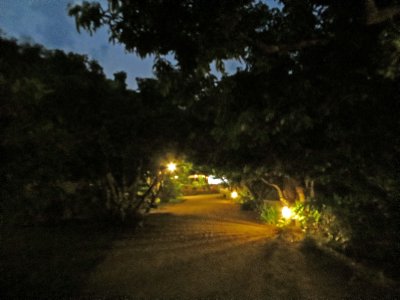 In the morning, we left on the long tailed boat ride for Chaing Rai. A Dutch couple our age, who were staying at our guesthouse and biking for a month were also on the boat, and then we stopped to pick up Travis, a young American who was on the road for more than a year. He had been all over South America, Indonesia and many parts of Asia , as well as New Zealand. How coud he take this much time we asked. He had his own business repairing various technical machines (not computers) which he had started at age 20. Now at 32, he was taking off some time and letting his partners manage the business. Pretty impressive. The ride was quite enjoyable, with green hills all around, and even some rapids in the bony river. 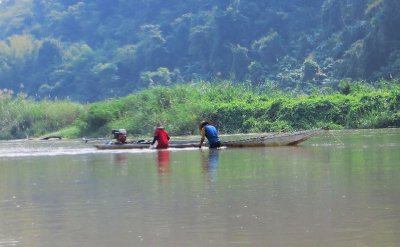 We passed several large and small dredging operations, and stopped in a Lisu village where they stared at us and we stared at them. They even had a picture station set up with a cutout figure of a hill tribe couple. We couldn't resist the ridiculousness of it, but they then demanded 40 baht for the priviledge. A bit like Disneyland. 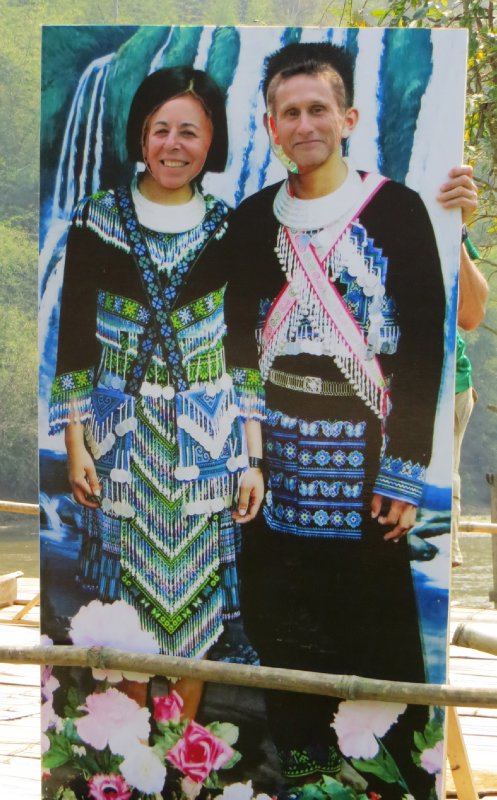 After four hours or so, we arrived in Chaing Rai, which is pleasant enough, if somewhat on the nondescript side. While there are plenty of farang, the place does not feel like a tourist town.

The clock tower, on the other hand, is impresssive, particualrly at sunset. 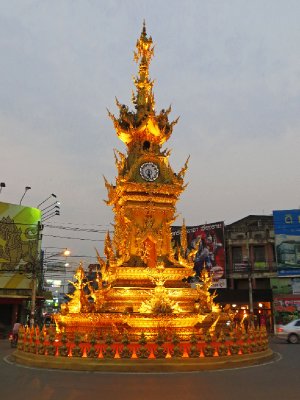 We went Wat hopping, first to Wat Rong Khun, the white temple outside of town. Everyone raves about this new place, and it is a big tourist attraction for Thai and Farang alike. It is a bit too rococo for my taste, though some of the artwork is interesting. 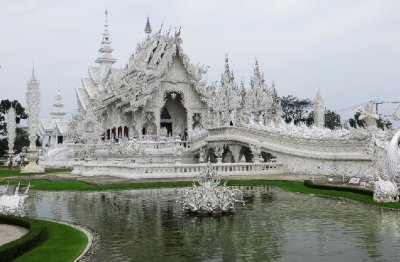 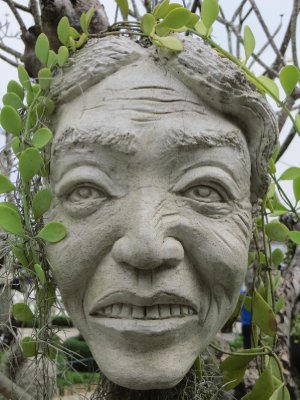 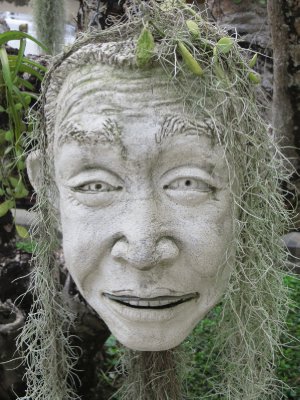 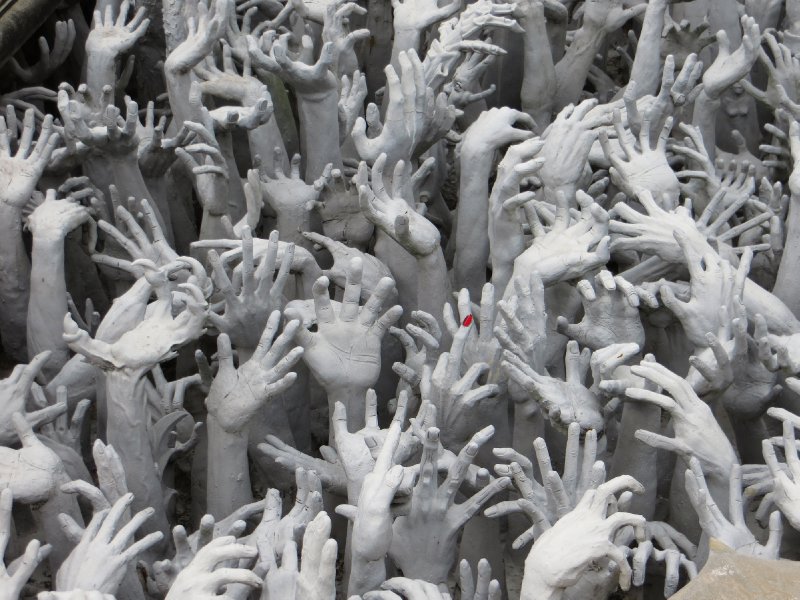 My favorite was in the in town, Wat Jet Yot. About a 100 years older it is a much simplier affair , but the enormous gold cement Buddha is both imposing and calming at the same town. 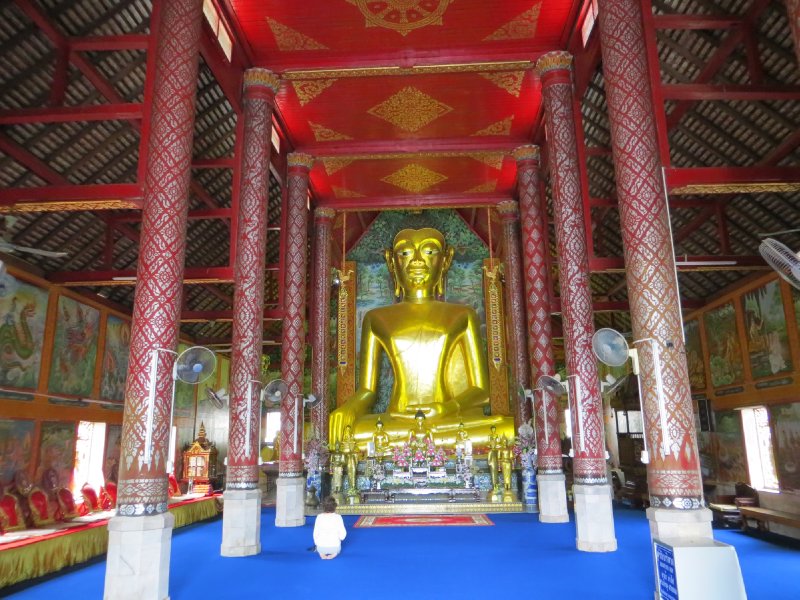 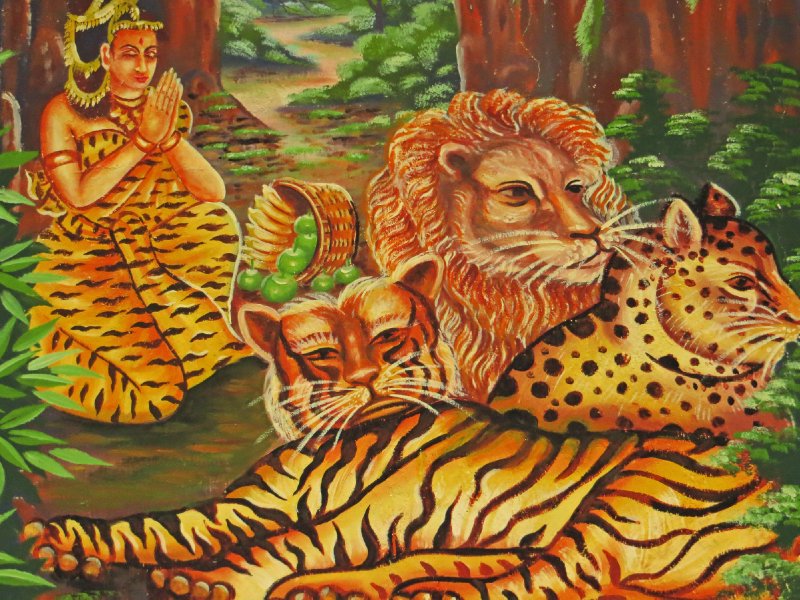 In this Wat I met a Hungarian. We talked politics, in a not particularly Wat like conversation, but intriguing nonetheless. He is a nuclear scientist who spent two years working on Long Island.

Then it was back to the center of town for the best Tom Yam that we had in Thailand. It was from a tiny shop, really a street stall, whose prorietor seemed especially pleased that we liked his soup, which practically exploded with flavor and spice. We shall probably return for the same thing for dinner, along with some tasty baozi, Chinese steamed buns, though they don't call them that here. 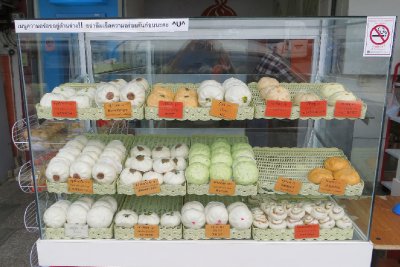