Lombok is a short boat ride from Gilliair, and is the closest major island to Bali. As such a fair number of tourists come here, but nowhere near the numbers that Bali sees. It is Muslim, as opposed to Hindu, like most of Indonesia, and has a very different feel. We made our way to Tette Batu by hiring a car with our young American friends, Cassie and Ryan. It is somewhat cooler especially at night, because of the altitude, 600 meters. Tette is a small village, poor and ramshackle with concrete and brick buildings, overlooking the twin summits of Rinjani, 3750M. The narrow roads are full of potholes with motor scooters buzzing to and fro. The surrounding countryside is lush and beautiful, as are the children. 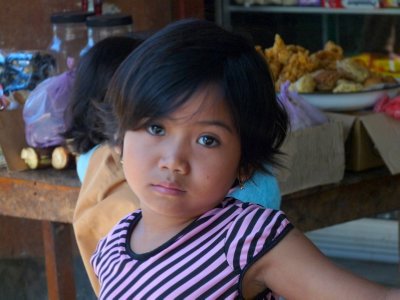 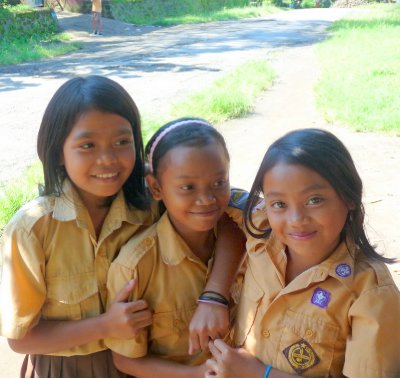 Our small guesthouse is a simple place, with a raised bamboo thatched patio/cum restaurant overlooking the nearby rice fields. 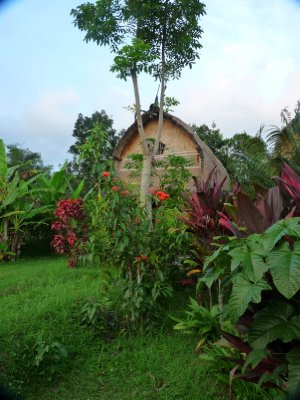 Right now there are no other guests. It is run by Hon, a most interesting man, who was one of 15 people chosen by the government to study tourism abroad. He went to Germany for five years where he married a German woman and had two children, 15 and 13, who still reside in Germany with their mother, who is a therapist. He is remarried now, to a more traditional Indonesian woman with whom he has one child with another on the way. Hon has long hair, plays guitar, smokes dope, and looks rather like Bob Marley, hat and all. Not exactly your typical Muslim man, his father in fact was Catholic from Flores, the Portuguese island. Both of his parents died when he was young, and he was more or less raised by his older brother who stressed the importance of education. Very open minded in his thinking, Hon no longer really fits into his own culture. His friends are most often Europeans, or else Indonesians who have lived abroad. Clearly in this small village, he is anomaly. We very much enjoyed chatting with him as we reclined on large pillows on the floor of the round restaurant. 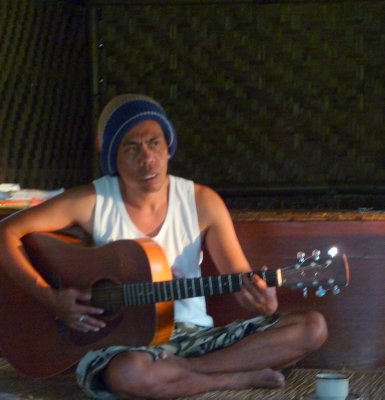 Rinjani From the Guest House Restaurant 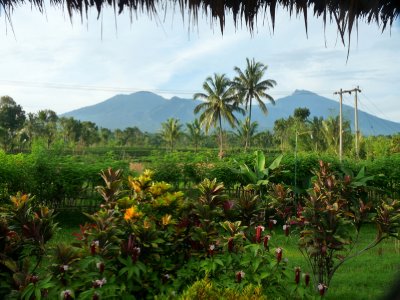 The sound of the water running down the irrigation ditches from one field to the next is very present, as are the croaking frogs and crickets, as day moves into night. 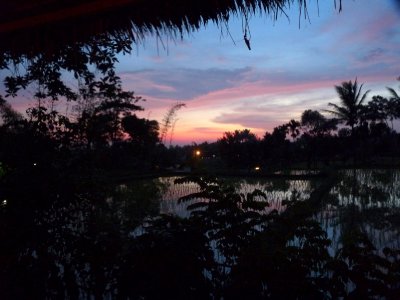 In the morning, 4:30 AM to be precise, we are awakened, as we were on every morning, by the loud and insistent Muslim call to prayer. One call would have been okay, but it goes on for an hour. Why is it that the electricity never fails during this time? Perhaps each mosque has its own generator.

Among the things we discussed with Hon was the current political climate in Indonesia He thinks that the Muslim extremists are not popular in most of the country. On the other hand, there are some areas where they have a following and the government is afraid to touch them.

Today we went on a hike through villages and rice fields up the slopes of Rinjani. Our guide was a cousin of Han's, who plans to go to Malaysia to pick coconuts as there is no work for him in Tette Batu. 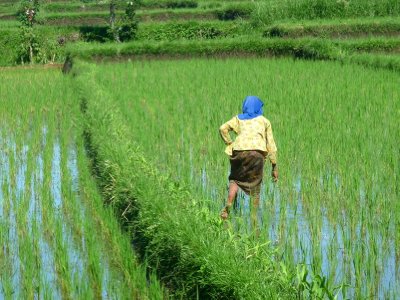 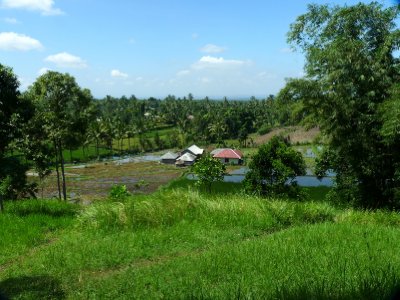 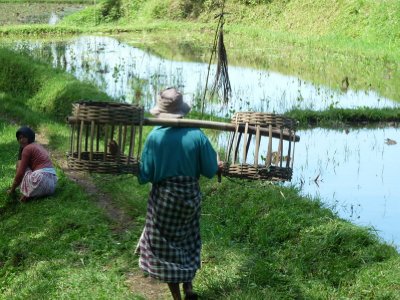 Our destination was a high waterfall in the national park. The water was cold and delicious after a few hours of sweating in the sun. 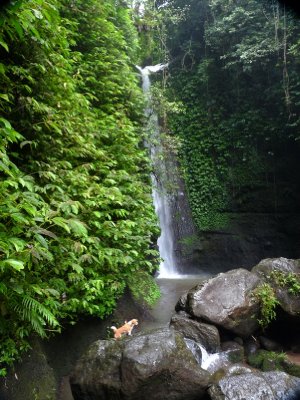 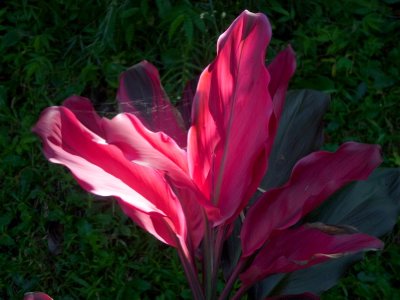