After another night in Hanoi, we hired a car to take us to Ninh Binh, roughly three hours away. We wanted to spend more time with Huyen, and to thank her for all she had done for us. She met us in the morning, along with her cousin Huang, as well as three other university friends who we were not expecting. No matter, we all managed to squeeze in. They are such a great group of kids, seemingly much more mature than college students in the US. They all seemed excited to spend time with us, despite the age difference, and generally their English is quite good. Huang, the oldest at age 29, took charge of the whole day, and made all of the arrangements.

The small town of Tam Coc is famous for its goat restaurants, and we had an enormous lunch with all the local specialities. I won't attempt to describe them in detail, but suffice it to say we had goat and veggie spring rolls, goat with peanuts, goat with green onions and potatoes, etc. You get the idea. All washed down with the local brew. It was not for the vegetarian faint of heart, but it was delicious. Huyen and her friends insisted on paying. We somewhat guiltily noticed all the goats roaming around after the meal, minus one that is. 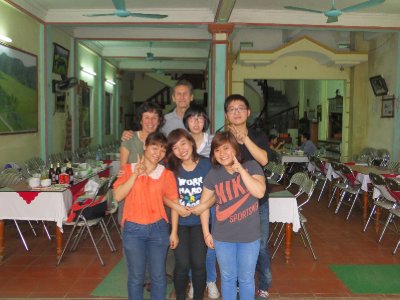 The primary reason we were here, however, was not to stuff ourselves full of goat meat. It was for a two hour boat ride through a series of limestone caves and karst mountains on the Ngo Dong River. 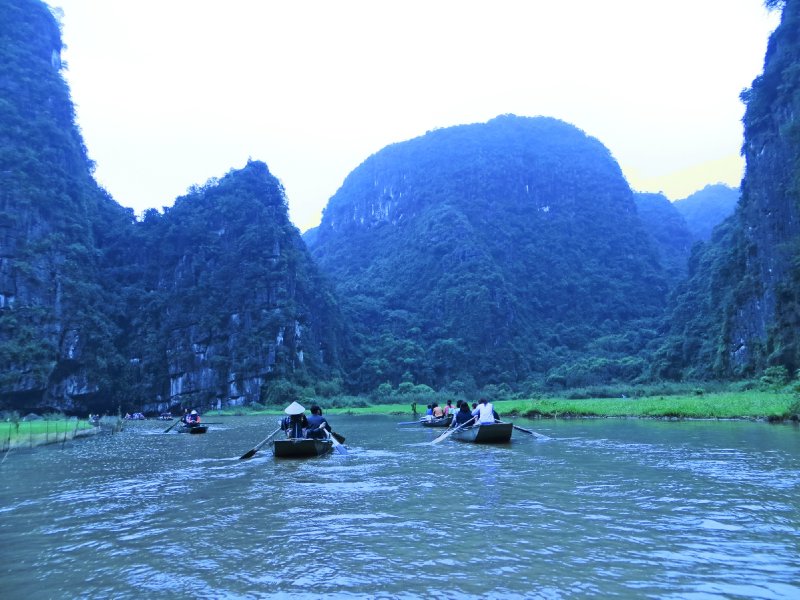 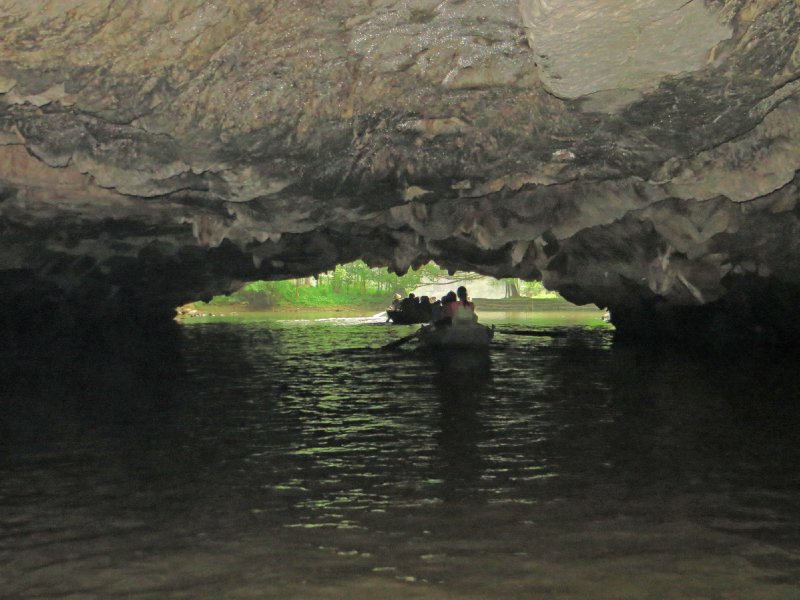 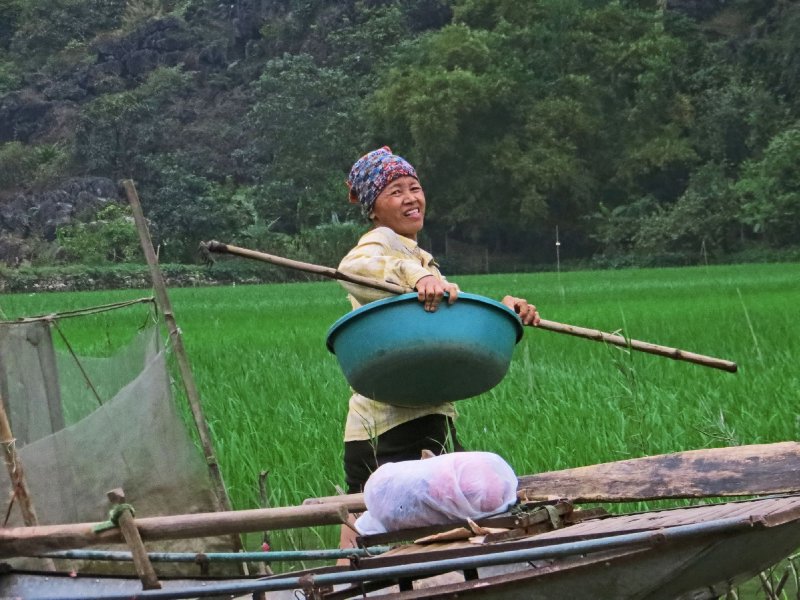 On our sampan, were gently rowed by a middle aged woman, who alternated between rowing with her feet and hands. 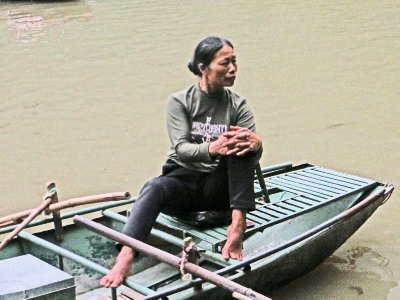 We needed two boats because there were so many of us. 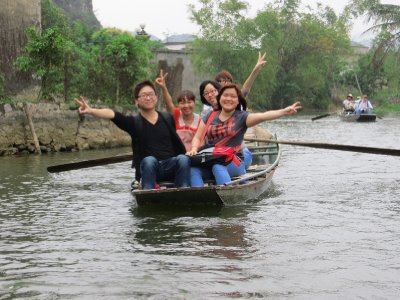 As is obvious from the pictures, the scenery was outstanding, the ride, relaxing. 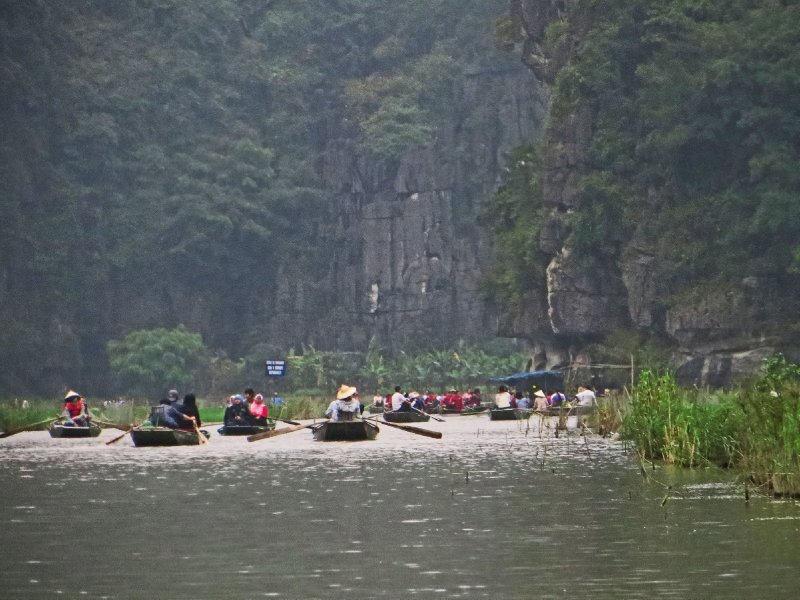 At one point Huyen, who came with us, tried her hand at rowing. It seems she could use a little more practice. 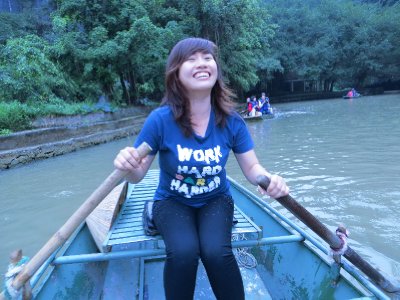 Nanette bought a few embroidered pictures made by our rower, who then brought us to her house to meet her 92 year old mother, who had also made one or two of the pictures. After the boat trip we drove over to Bich Dong, an old 15th century pagoda. 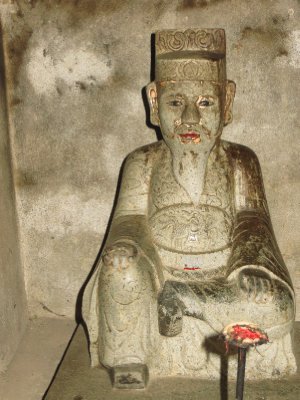 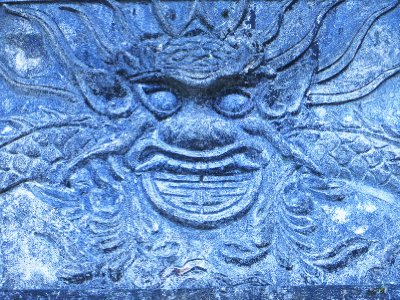 It is located in a beautiful setting, white storks flying in a nearby field. 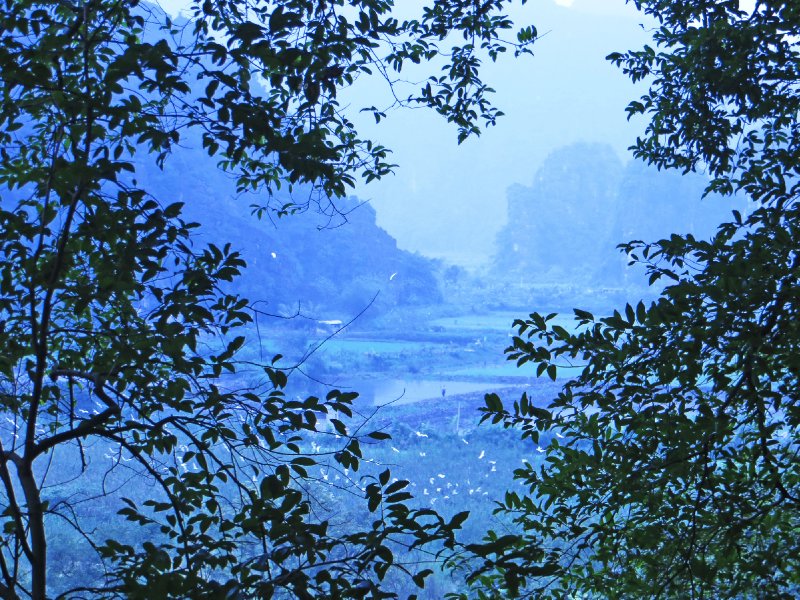 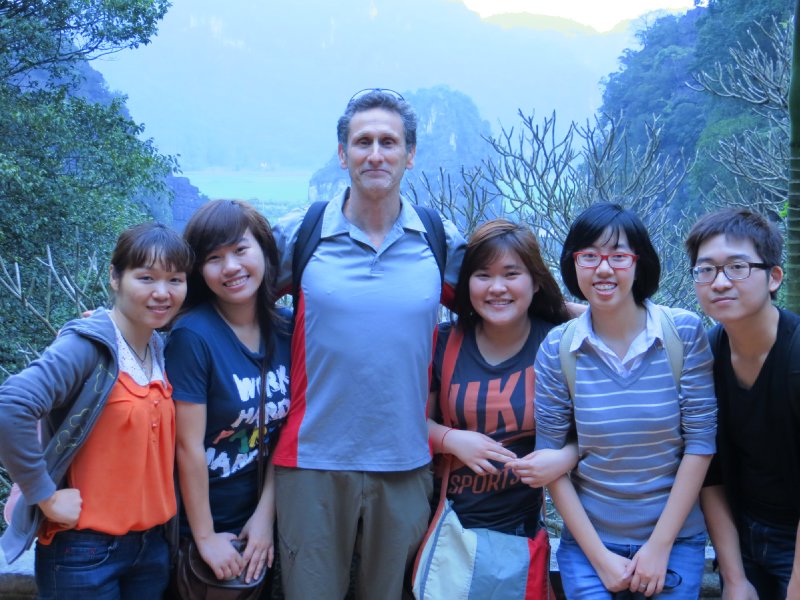 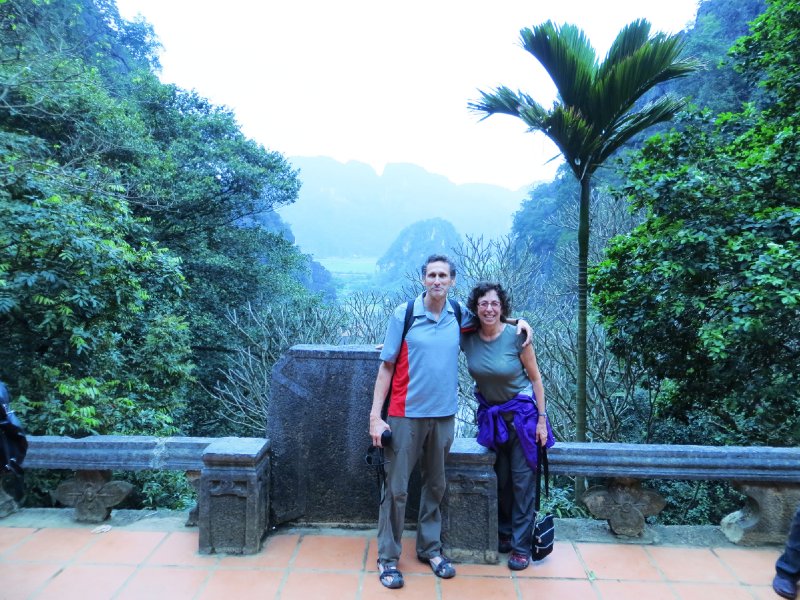 Huang asked if we wanted to go to see more of the storks and of course we said yes. She hired a local man to accompany us in our jeep. The ride was on a narrow road that was still in the process of being built. We soon found out why. After 20 minutes or so, we came to a road block. Huang got out to negotiate. As it turns out, not far up the dirt track was a large resort, smack in the middle of the jungle. Although not yet open, they demanded the equivalent of about $8 for each of us, just to drive further up on the property to view the storks. Huang was furious. Something that had just been a natural event, was being turned into a tourist rip-off, open only to the rich. So typical, she said, about what is happening all over her country. We decided that it wasn't worth it and turned around. On the way back, she argued with the local guide, who must have known that this was going to happen and didn't say anything. 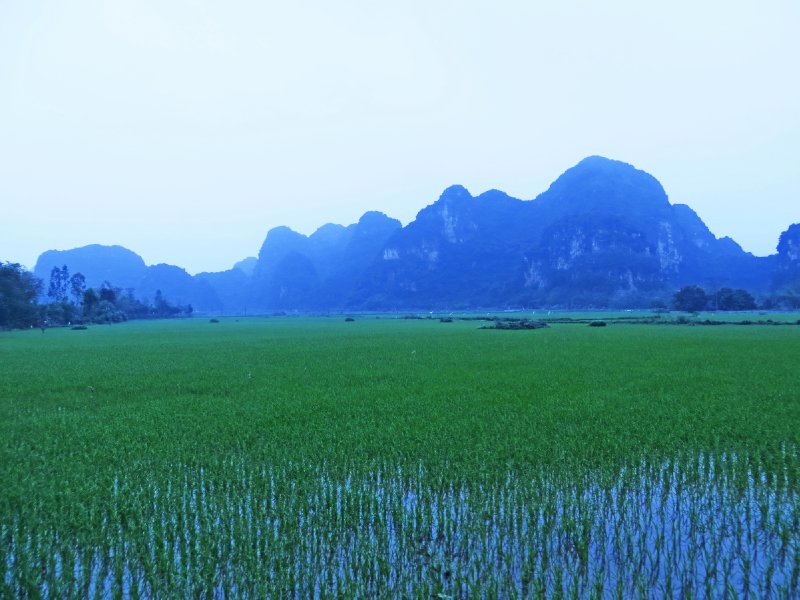 On arriving in Hanoi, we made a stop for Pho Bo, (beef and noodle soup) in their favorite Pho shop, which are ubiquitous here. This one they said, was special. And it was the best.

The next day, Huyen remembered it was Nanette's birthday, and brought over a cake to Thuy's house. We celebrated with her three children and a neighbor, who all loved it, as did we. It was a great send-off before we left for the airport for Hue. We felt very grateful for Thuy's hospitality, and for introducing us to Huyen, her cousin and her friends. Huyen reminds us very much of Sunny, our favorite Chinese student, who we recently visited. She is a delightful, engaging, and bright young woman.