When we arrived in Hue it was pouring, and our taxi driver tried to cheat us. Everyone, especially taxi drivers it seems, can't be nice. Hue, much smaller than Hanoi is more manageable. While there are motorbikes, and you still have to be careful crossing the street, it is more relaxed and far less polluted.

Today it is still raining, but lightly, and so we were able to walk around the Citadel and the old imperial city. Much of it was destroyed by very heavy American bombing. So pointless. It is hard to understand how it would be possible to bomb such a beautiful and historic place, but I guess that has never stopped others in the past. They are now in the process of reconstructing it, but there is still a lot to see. Old brick walls, dragon and phoenix paintings on the walls, dramatic archways etc. Despite the chilly and clammy weather we spent a few hours wandering around.

Entrance to the Imperial City 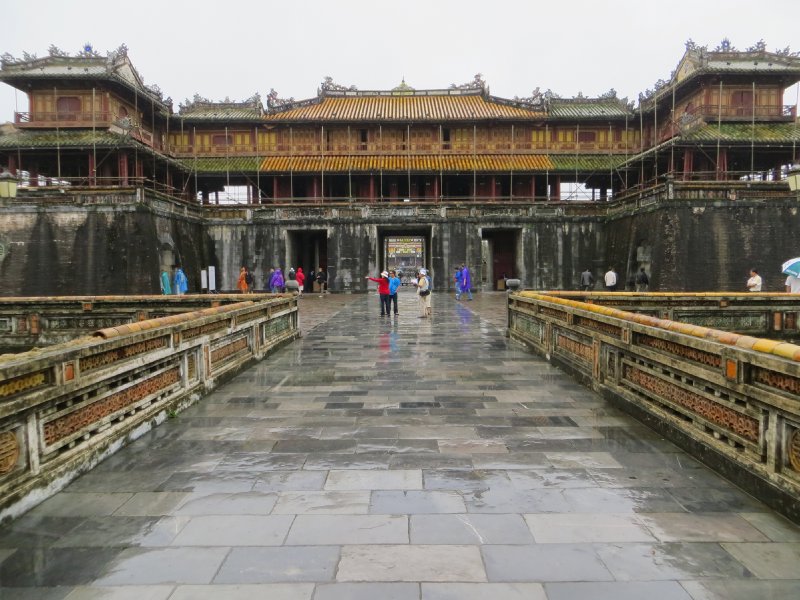 Arch Details in the Imperial City 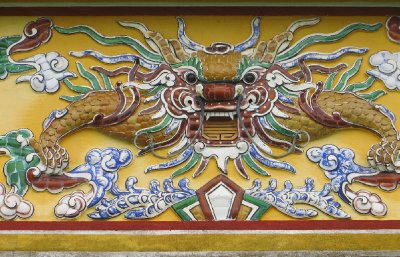 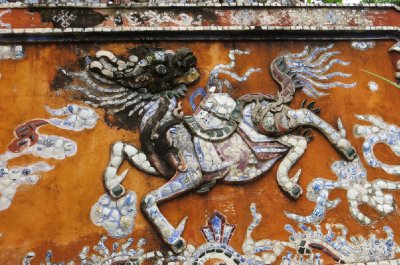 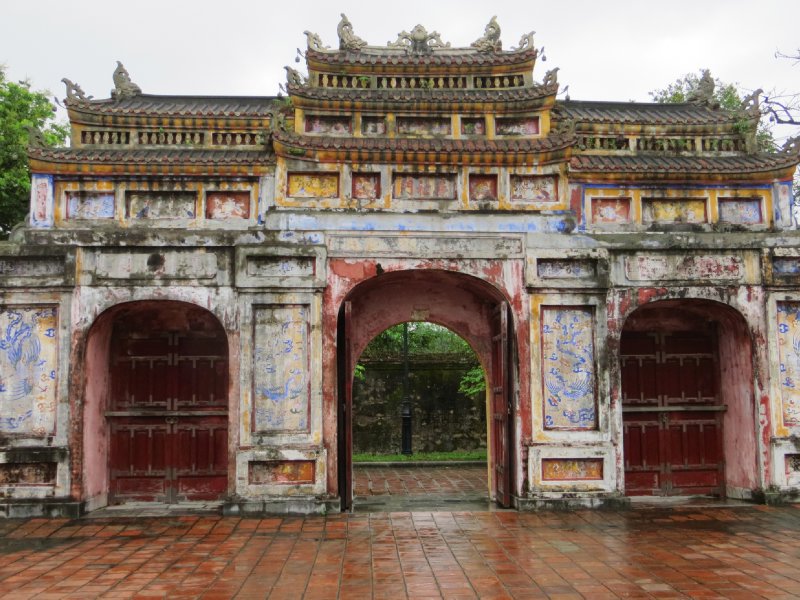 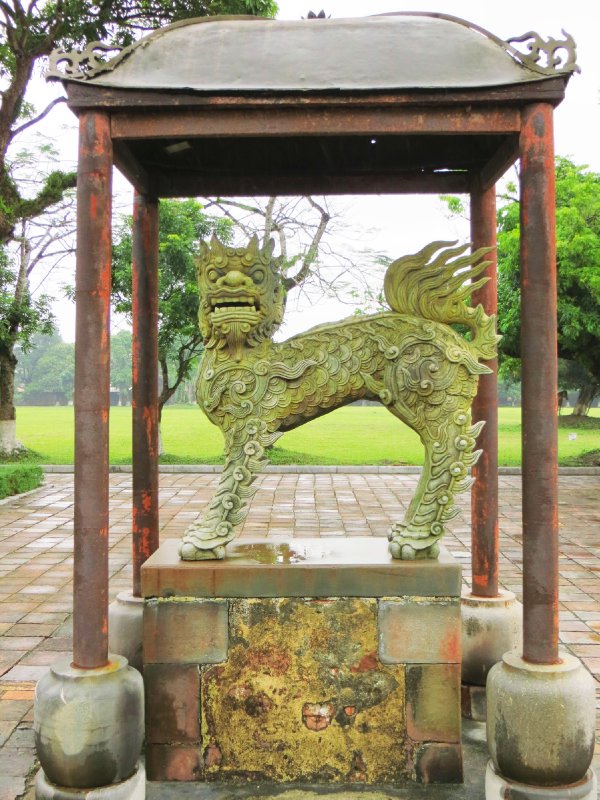 The Vietnamese flag, once again, flies over the highest point in the Citadel. As Huyen says, it is very beautiful, but also very sad because of all of the destruction. The Vietnamese must be a resilient people, after all they have been through. One thousand years of Chinese domination, then approximately 100 years of French rule followed by a war of independence, and then the partitioning of north and south, followed by 10 years or more of war with the Americans. And yet here they are, proud of their ancient culture. 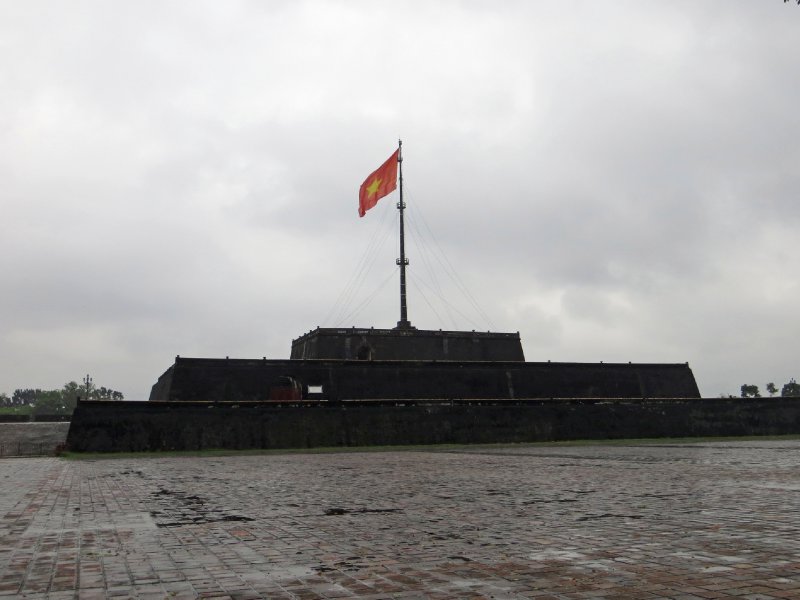 On the following day, it was still overcast for our boat ride on the Perfume River, but the rain held off. The attraction here, are the late 19th century tombs of the emperors, which line the banks of the river, each trying to out due the others in pomp and circumstance. Unfortunately, the whole trip has become quite commercial, and each of the tombs has a separate admission charge. Nonetheless, it is worth doing.


Looking out toward Perfume River from tomb 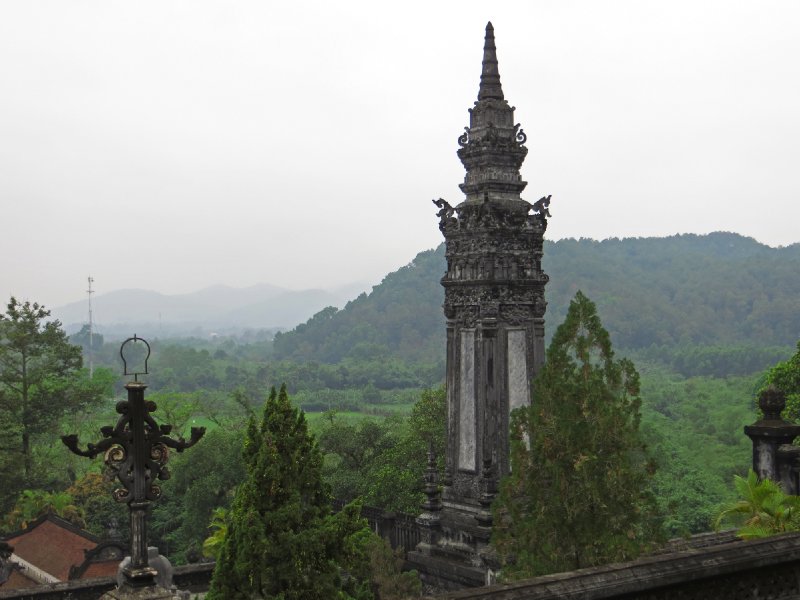 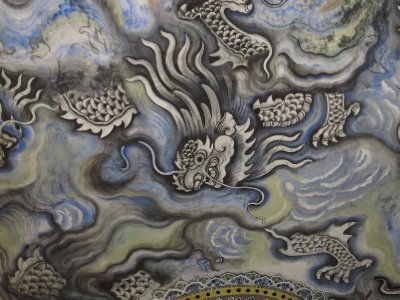 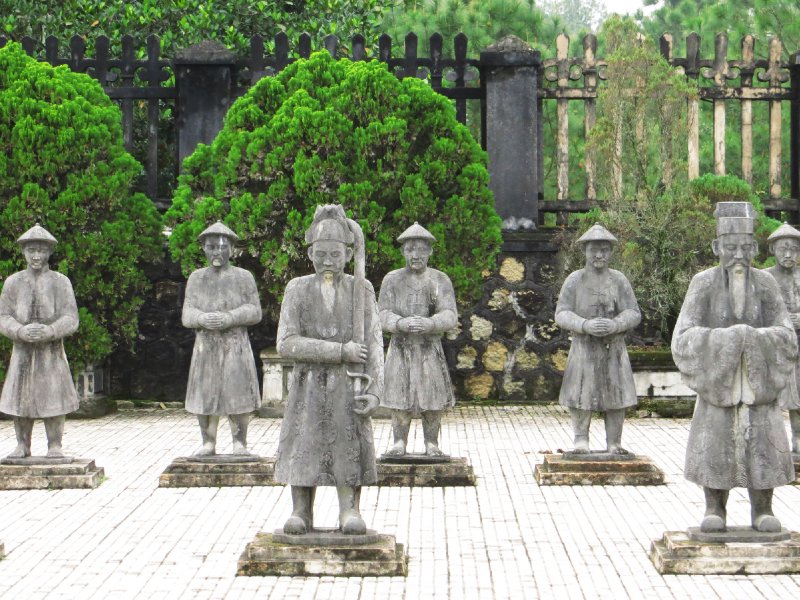 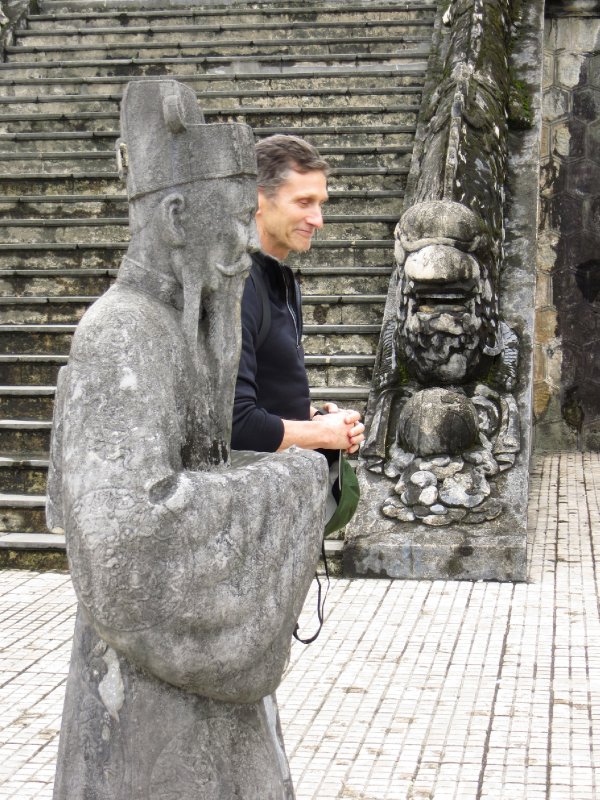 A splash of color along the river 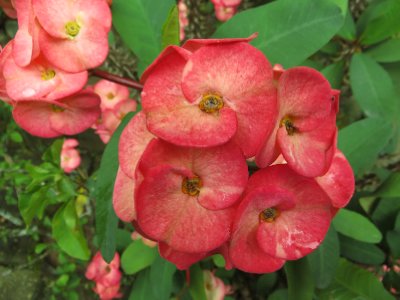