Ah Roma. We have spent four days here after our fly by night no name budget airline, Blue Panorama, got us here in one piece, albeit 3 hours late. It seems that many Italians visit Cuba, and so there is a direct Havana-Rome connection. We found our hotel near Termini Train Station without too much difficulty, and it has been a convenient place to stay. We have spent our days walking, and then walking some more in order to see the sights of this easy to live with city. I expected more buzzing scooters, but many parts of the city, and nearly all of the major piazzas, are blessedly car and cycle free, making for a much more enjoyable walking experience. Things have apparently changed in this regard since Nanette was here with our daughter 16 years ago. We have also been lucky with the weather, which up until today was generally sunny with temps in the upper 50's, warm enough to be comfortable outside.

The first day, and in some ways the best, we spent at the Colosseum and Palatine Hill viewing the oldest parts of the city. 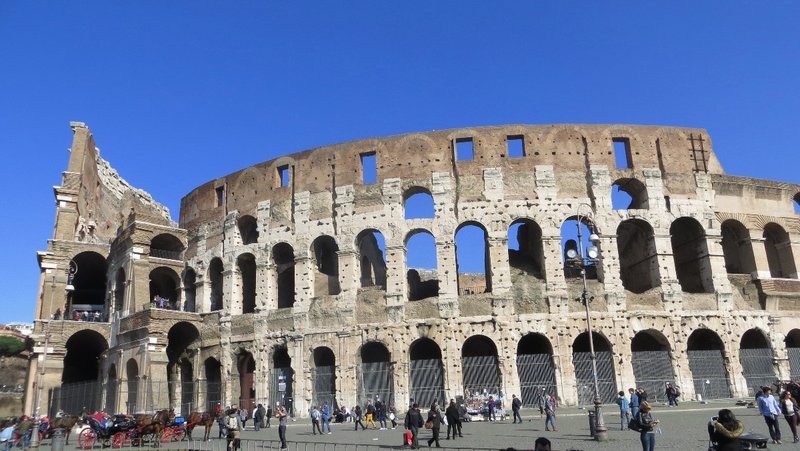 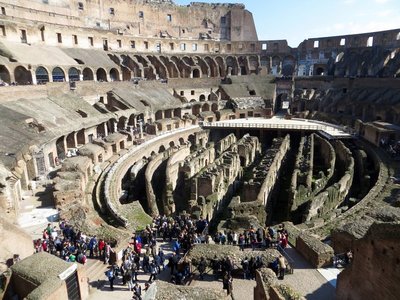 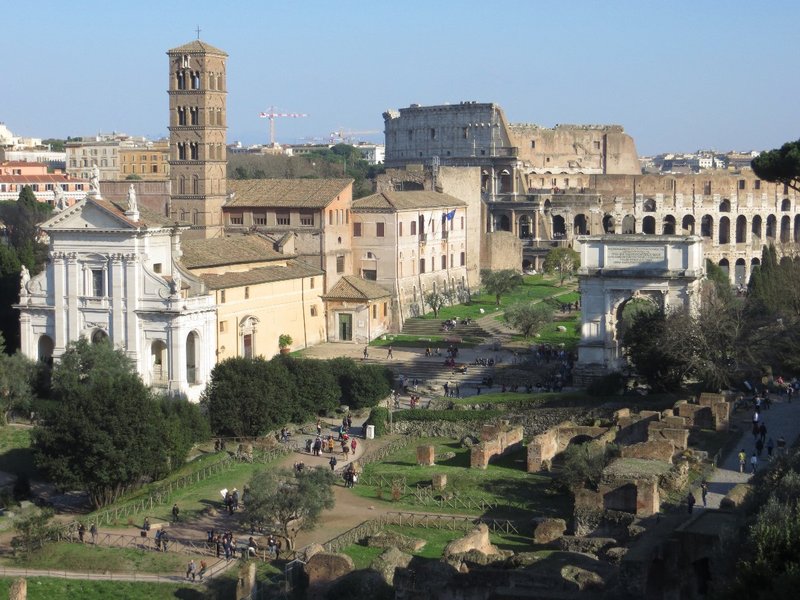 We walked around the Colosseum and took in all the ruins on the hill and then made our way to the Roman Forum. Those Romans certainly knew how to build on a massive scale. 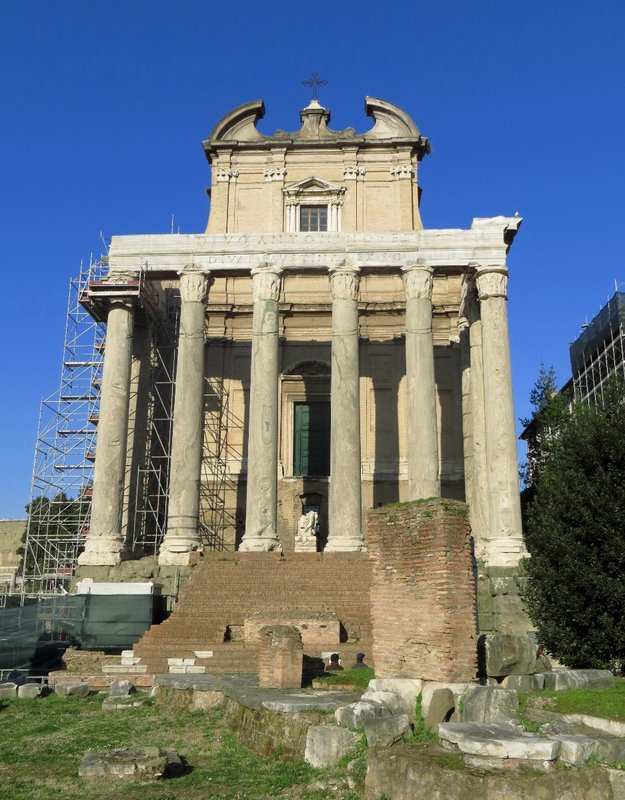 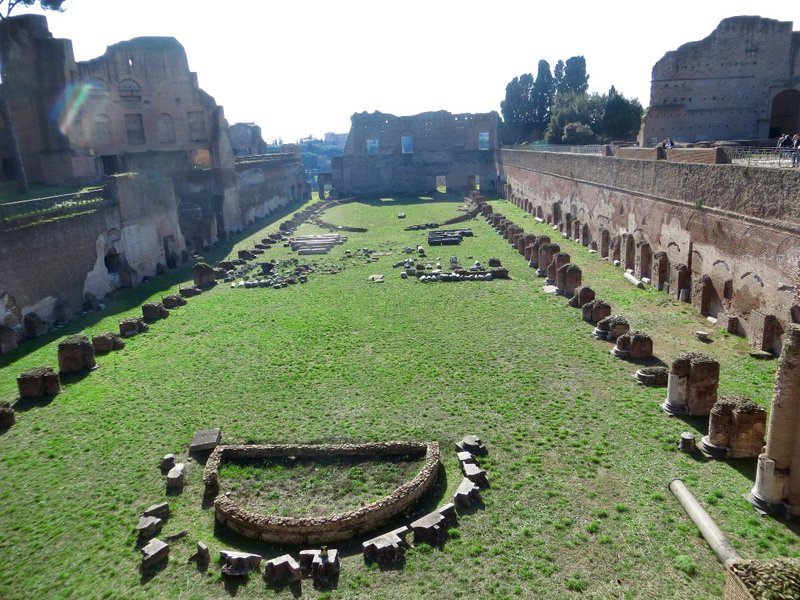 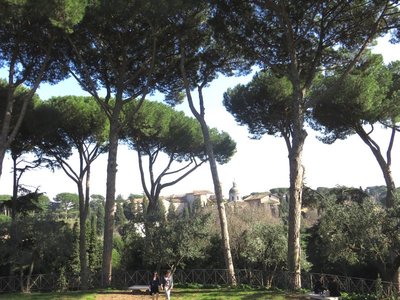 Day two was spent on an excursion to the burbs to see the new Maxxi Museum of Modern Art, which had an exhibition of architecture inspired by WW 2, but also some Iranian paintings and photographs, before and after the revolution. We then walked near some beautiful streets and piazzas near the Spanish steps,and climbed up a few of the other hills. Dinner that night was in a trattoria, Mamma Angela's near Termini. Good, but not quite as good as my own home-made pasta. 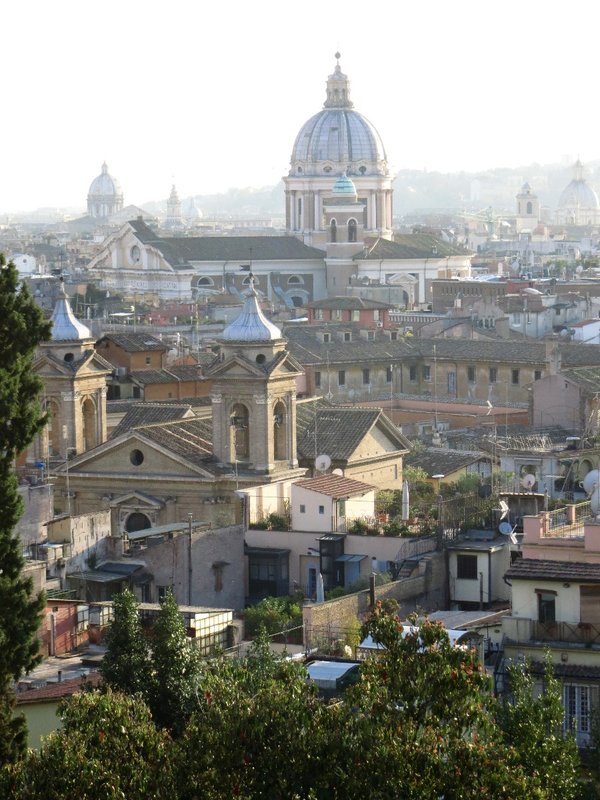 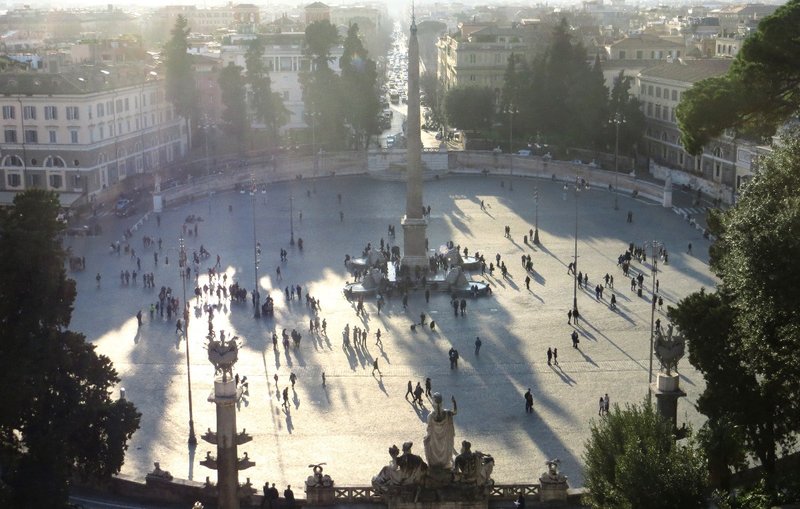 The following days we viewed the Trevi Fountain, now under renovation, Piazza Navona, and the not to be missed Pantheon, which seemed in amazingly good shape. 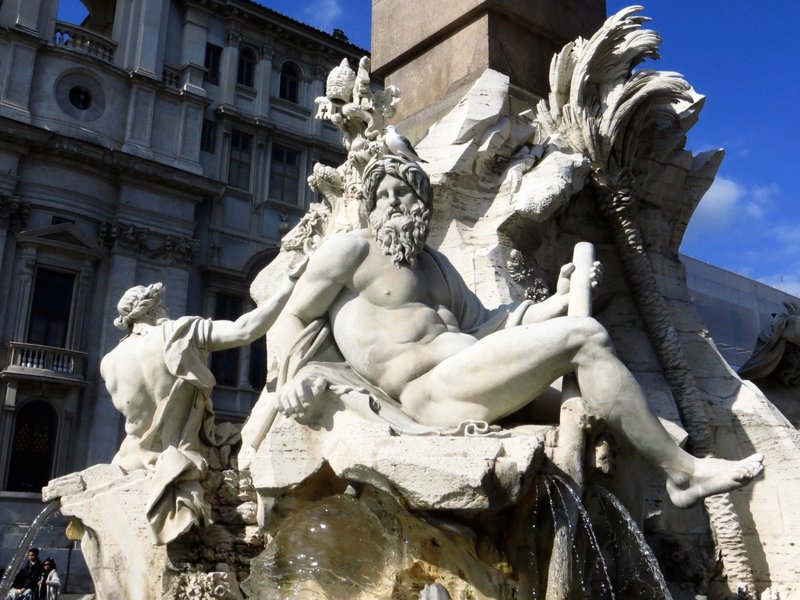 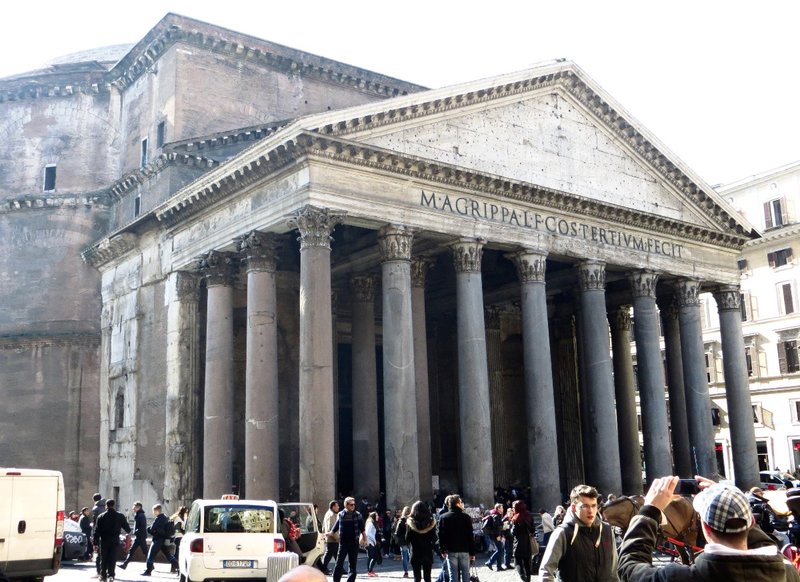 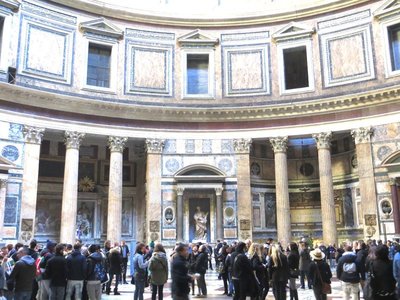 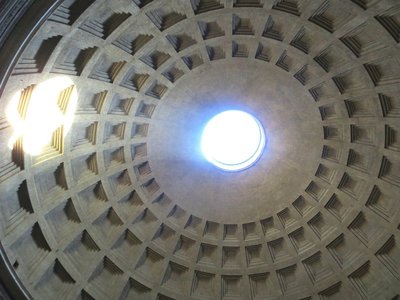 We went to Galleria Borghese, which turned out to be a much longer walk then we thought. The whole area is called Borghese, and we did not specifically ask for the Galleria. It is in the park above the Spanish Steps, but not right above them as the area is quite large. We got there too late for them to honor our reservation, and had to return at 5 PM to see the Bellini.

In between mad dashes across the park, we picked up Nanette's glasses, ordered the day before, and ate home made pasta at a tiny standing room only place that was recommended by the sales woman. Standing eating, or drinking coffee, seems to be a Roman, possibly an Italian thing. If you want to eat cheaply, this is the only way to do it. She also told us about a Jewish/Roman restaurant where we will go one evening for dinner. Should be interesting, but I doubt they will have Jewish Pepper Chicken, a la the Kochi, Kerala specialty. We shall see. 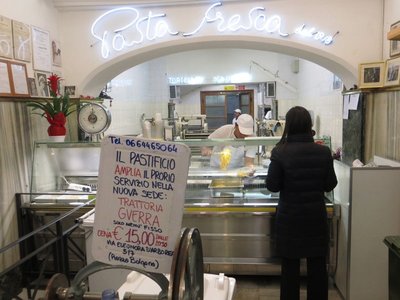 The Bellini statues were indeed beautiful, but by the time we got back to hotel that evening our feet were hurting. 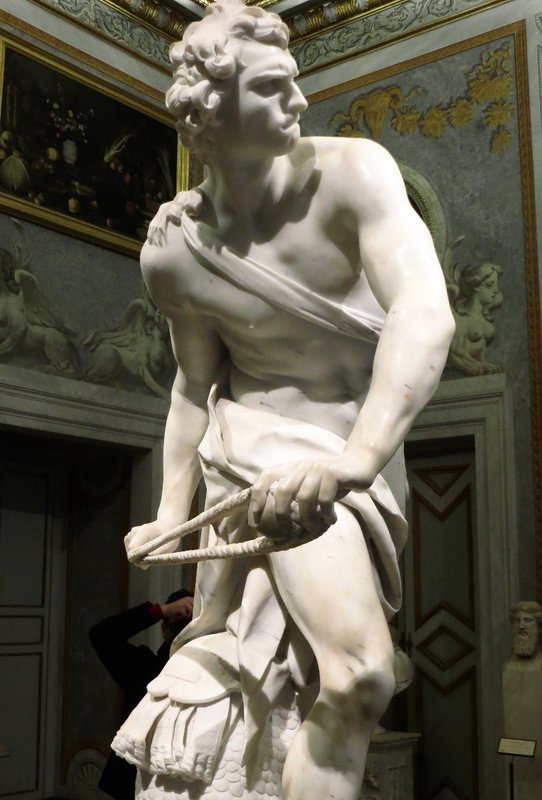 Today we ventured further afield to Appian Antica to the San Sebastian Catacombs. Before we arrived, I didn't make the connection, but San Sebastian is the saint who was shot up with arrows by the Roman pagans, and hence became a Christian martyr some time around the 3rd century. This San Sebastian is the very same one whose picture adorns 3/4ths of the paintings in Venice, and drove me crazy because there were so many them when we visited many years ago.

The catacombs were twisting and narrow,easy to get lost in without a guide, and although full of Christians, there were Romans cremated and buried there even earlier.

We also stopped to see the Carracola, Roman baths, built by the emperor of the same name. Taking up several city blocks with walls at least 50 feet high, the place could accommodate 6000 bathers at a time. Although much of it is in ruins today, many of the walls remain, and a few sections of the old tiled floors as well. Supersize me was obviously a Roman concept. Speaking of which, Mickey D's are scattered all over the city, but they have located them in buildings hundreds of years old instead of in something new, so they fit right in the current Roman scene 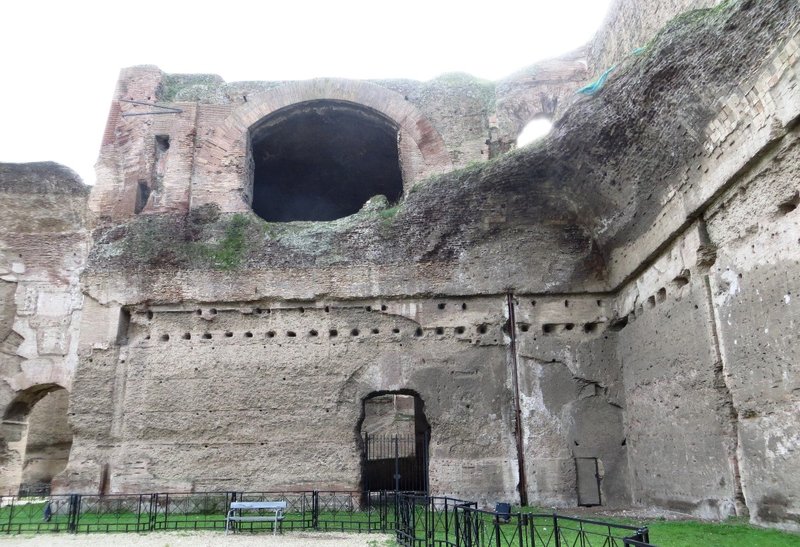 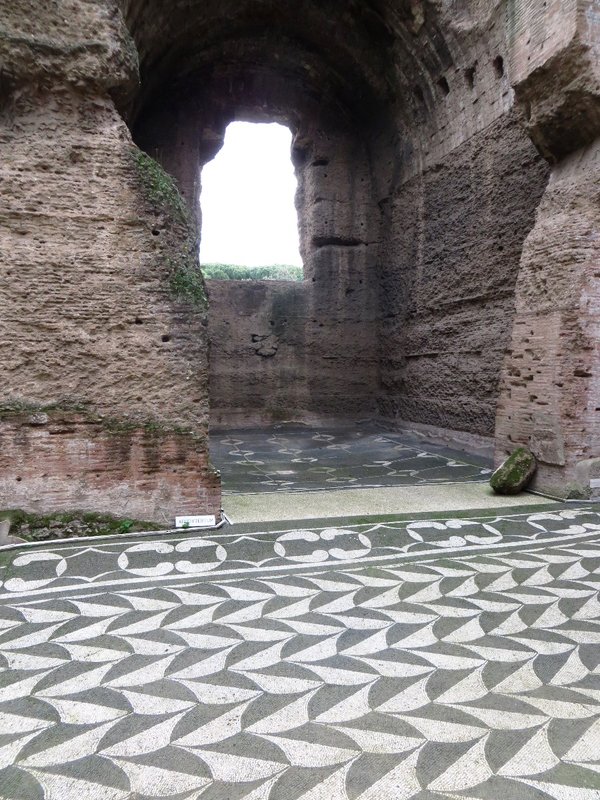 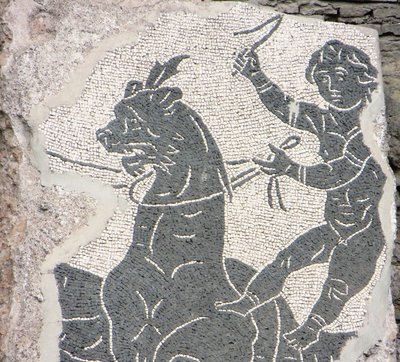 It has been an interesting form of time travel to go from the decrepit old buildings of Habana Vieja, to even older buildings, in many cases much older but in better repair, here in Rome. Of course, they don't have American cars from the 40's and 50's, but the architecture more than makes up for that.

People have been friendly, though not quite as much as the Cubans, many of whom seemed eager to talk with us and find out what was going on. Of course, they are much more cut off than the Romans, who have the internet and other modern accoutrements.

Even at this time of year, there are many European tourists here. They come over for a short holiday from Britain, Germany, etc., which are only a short and cheap flight away. For this reason, as well as its ancient history, Rome feels very cosmopolitan. The pace is much slower then New York, for example, and the city is obviously very walkable. It is hard not to ooh and ahh at every new vista and ancient building. Somehow I expected a greater hodge podge of old and new, but it has not seemed liked that. New in Rome, seems to mean something from the 15 or 1600's. There are some exceptions, but the character of the city seems to be all of a piece, old, and older for the most part.

We are lucky to be here at a time when the Euro is down. While things are far from cheap, they are more or less on par with major US cities. Our last meal, at the aforementioned Jewish restaurant, turned out to be a disappointment. The place was stuffy and the food not particularly good, but it didn't dampen our enthusiasm for Rome.

Tomorrow we leave for Sorrento in a rental car. That should be an adventure.