We arrived in Danang by train, which would have been a beautiful ride along the mountainous coastline, were it not for the rain. It was also raining here as well, and fairly dismal in this seaside resort area that is now being massively built up. However, we received a warm welcome from Huan and his family at the rather spartan Eena Hotel. They have gone out of their way to take care of us and make us feel welcome. We also quickly made the acquaintance of two young Japanese, around 20, who are spending a month here. Huan's wife is Japanese, and the place has a number of Japanese touches, including miso soup and an optional Japanese breakfast. Also staying here, is a very bright and articulate young Aussie named Darian, after the Persian emperor of the same name. Darian says he was given this name three weeks after his birth in a rainforest, from his rather eccentric mother, who had a dream that this is what is name should be.

To most Americans of a certain age, (mine to be exact) Danang conjures up images of a huge airbase, full of GI's arriving and departing, and used as a major staging area for the war. There is still a large airport here, now used for commercial flights, and thanks to a relatively uncorrupt mayor, the city is a thriving and growing business center.

The next day brought an improvement in the weather. Han, a friend of Huyen, came to our hotel, and so once again, we had our own private tour guide. 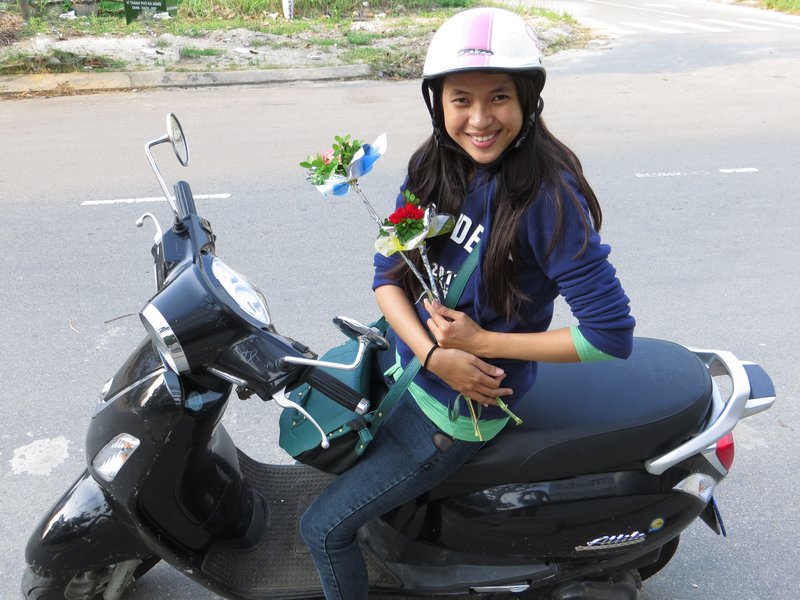 At first she told us that she didn't think that her English was good enough for such important personages as ourselves, despite that Huyen told her that we were just ordinary people. We tried to reassure her that her English was more than sufficient, and I think she gained confidence as she spent time with us.

The tour began with a taxi ride to a temple at the foot of Monkey Mountain. Recently built, there was an expansive view of the sea from the temple courtyard, as well as an enormous statue of Guan Yin or Guan Am, as they call her here. She looked like the statue of liberty in size and girth. 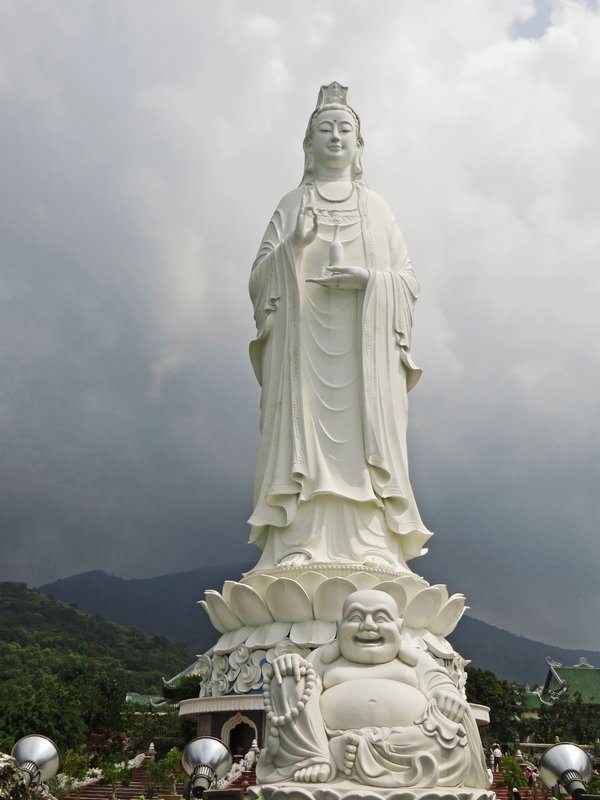 Shoreline of Danang from the temple 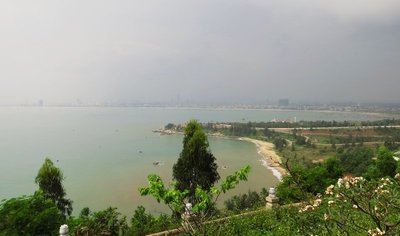 From there it was off to the Cham Museum. Cham culture is one of the oldest in Vietnam dating to 400 or 500 AD. There are still some Cham people, but most have been assimilated into Vietnamese culture.


You can see both Chinese and Indian influences on the Cham 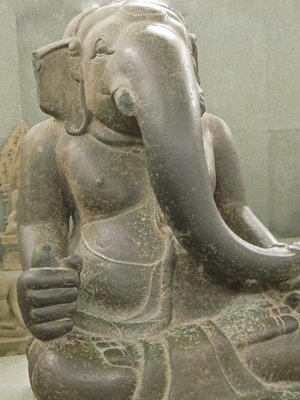 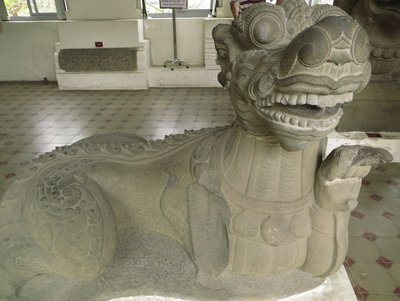 We ate a lunch of various types of local noodle dishes, the names of which elude me, let alone the pronunciation. While we try and say a few words in Vietnamese, with its six tones, it is more or less a continual tongue twister. We then went to a local market, 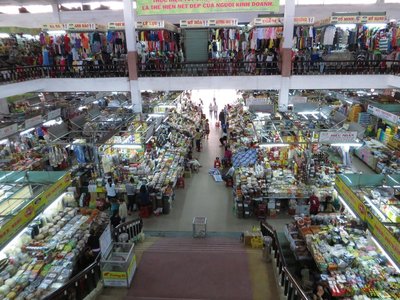 followed by a visit to the Big C, (not unlike Big K) but more upscale, with a large US style supermarket. We returned to Eena in the late PM, exhausted but happy. Huan, the hotel owner, prepared a dinner of fresh tuna, veggies, rice, and miso soup.

Han had classes the next day, and with perfect weather, we spent most of it sitting on chaise lounges on the beach. It's interesting to note that we, and the few other white foreigners, were virtually the only people on the beach during mid day. The Vietnamese only come at the end of the day, as the sun is going down. It seems the white people want to get darker, and the Vietnamese, just like the Chinese, want to get lighter.


Beach with Monkey Mountain and faint Guan Am in distance 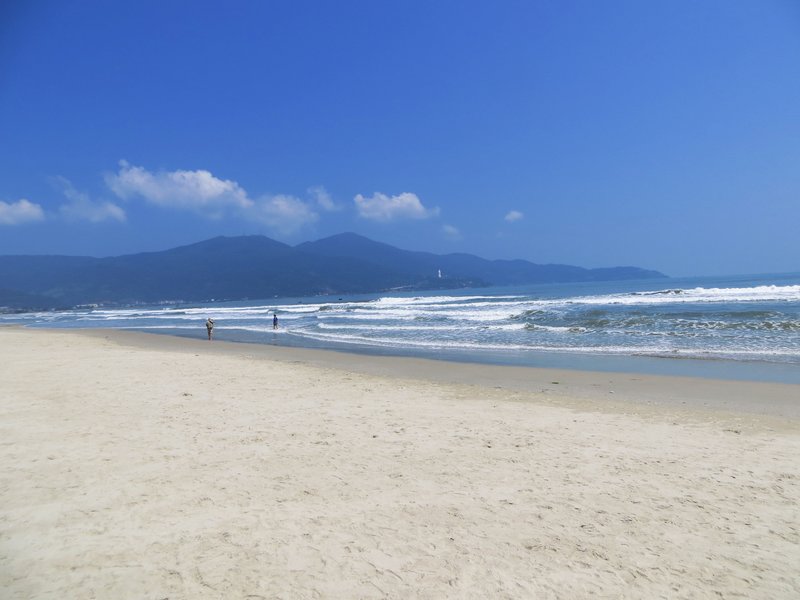 In the evening we sat around drinking Mojitos, made with New Zealand vodka that Darian had brought in KL, Malaysia. Tomo and his Japanese friend were there, along with Han, his wife, and their adorable daughter. We listened to old Rolling Stones takes on my phone, which they all seemed to know quite well. I also brought out my Howling Wolf, John Lee Hooker, and other Chicago blues. They, or at least Darian, a music school graduate, knew this stuff quite well. We danced, we talked, we drank. It was quite a night, and a good time was had by all.